How much is too much?

British Columbia has the lowest minimum wage in the nation, but an online petition to raise the lowest paid workers to a $15 hourly wage is absurd.

New Brunswick’s recent hike of the minimum wage placed B.C.’s $10.45 an hour as the lowest minimum wage in Canada.

However, a 40 cent raise slated for September will put B.C.’s minimum wage at $10.85, ahead of six other provinces. The BC Government plans for a second 40 cent increase in September 2017 to bring the minimum wage up to $11.25. 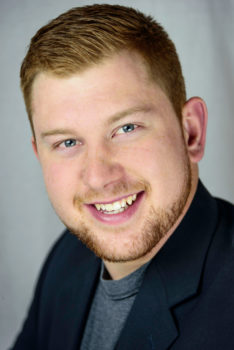 This scheduled rise will keep minimum wage earners under the poverty line, and an online petition www.fightfor15bc.ca has received over 44,000 signatures. The Fight for $15 campaign is sponsored by the BC Federation of Labour and draws attention to some staggering facts about those who earn minimum wage.

Nearly 82 per cent of people earning the minimum are 20 years of age or older, 53 per cent have some post-secondary training and 60 per cent are women.

Yes, a drastic wage increase makes sense on an individual level, but it doesn’t make sense for a community and it’s important to weigh the potential consequences.

Small businesses would be hit hard as not only will minimum wage earners get a pay raise, but all employees making above the minimum but less than $15 will also be due for a raise. That will account for a significant hike in expenses and is certain to come with negative ramifications of losing staff, increased prices or even closures.

According to a study by go2HR, 75 per cent of the B.C. tourism industry is made up of small businesses with less than 20 employees. In many tourism-driven communities, including Sun Peaks, residents accept a less-than-lucrative pay for an excellent quality of life.

Yet, many of the jobs that are essential in a tourism-based community, such as bartenders, cooks, servers, housekeepers, operators and guides will be among those most impacted by a significant hike.

In passing conversation with members of the Sun Peaks business community, there’s a general consensus an increase to $15 per hour would have a negative impact on the workforce as it’s too extreme.

These are people who will talk about working multiple jobs before earning enough money to settle in Sun Peaks permanently and comfortably.

Although a proposed increase to $15 an hour meets disapproval, there’s a sentiment raising the minimum wage to something more reasonable such as $12 or $13 per hour would have a positive benefit.

It would allow the small businesses to continue to operate without such a drastic financial hit, and with residents making a more comfortable wage they will be more willing to recycle it back into the community.

It results in an extra beer or burger after work, an extra souvenir purchased or another tour booked. Investing a little more in the employees could very well see that money put right back into the local economy.