Third day of search for Ryan Shtuka by family, friends and RCMP

A group of around twenty people gathered in front of Sun Peaks’ fire hall this morning as part of the third day of searching and the second community-organized search for Ryan Shtuka.

Twenty year old Shtuka went missing after a house party on Burfield Drive and was last seen at 2:10 a.m. Feb. 17. He was wearing dark grey jeans, a grey and white shirt, a blue coat and a burgundy ball cap. Kamloops Search and Rescue (KSAR) searched through the day and night on Feb. 18 before suspending their search on Feb. 19. No physical evidence has been found during the search.

Shtuka’s father and uncle organized two groups to search the area behind the fire hall and staff accommodation buildings.

Kamloops RCMP Cpl. Jodi Shelkie said an RCMP officer and two members of the police dog service are in the village today continuing the search. Temperatures in the valley dipped below -20C this weekend.

Shelkie added that police are investigating outside the resort by monitoring his social media and bank accounts for activity.

A spiritual medium and family friend, Derryn Donaghey, has also travelled from Alberta to help with the search.

Donaghey, who was previously a military police officer, has helped families find missing loved ones around the world. During his time at Sun Peaks he has helped organize searches and worked with Shtuka’s friends and family to try and put together pieces of the puzzle.

“Every single case is entirely different,” said Donaghey, who said he can communicate with spirits of both the living and dead. “Spirits come to me and sometimes it’s very clear. Sometimes it’s not meant to be and they only give clues.”

Donaghey also thanked the community, RCMP and KSAR on behalf of the family and asked that anyone who has any information come forward.

“We really need those that last saw him to come forward to RCMP. We need to return Ryan to his family, that’s our number one priority.”

Community volunteers are asked to meet organizers at the Sundance boardroom at the Sun Peaks Grand Hotel.

Shtuka’s family at home is doing what they can to spread awareness. One of Shtuka’s sisters is asking people to light a candle in their window tonight to spread hope and light for the family.

A GoFundMe has been set up to support Shtuka’s parents while they search for their son. You can donate here. 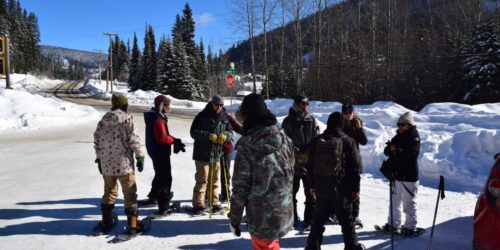 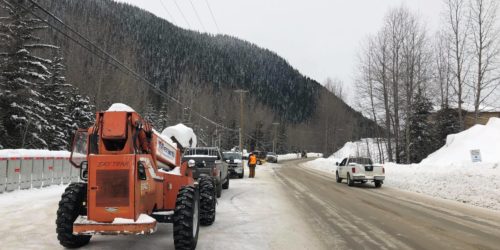