Begin doing what you want to do now. We have only this moment, sparkling like a star in our hand, and melting like a snowflake. – Marie Beyron Ray

People rarely set out with the goal of being inspirational, they become so through action or conviction. They might be inspirational because of a single event, more often it’s a lifetime of events, small actions over time. Like the sea on a boulder, you don’t notice the erosion happening, but eventually you see the result.

Three inspirational women passed away this winter. They didn’t know one another, but they shared a common bond, skiing played a part in each of their lives and each of them touched the lives of many.

Patricia Lloyd and her husband Ken were married for 58 years, they had 2 children and 5 grandchildren, Pat loved them all very deeply. She passed away on Valentine’s Day, with her family at her side. Pat didn’t ski, she may have at one time but I didn’t know her as a skier. Her husband, daughter and grandkids, however, are all avid skiers. That’s how Ken and Pat found themselves at Sun Peaks each winter, they came to spend time with family and share the kinship of the mountains. Pat might not have skied, but she most certainly didn’t sit still. She joined book clubs, Scrabble clubs, she hung out with the Sun Peaks Polar Bears. She was active in the Sun Peaks community and a default mom to anyone who entered her orbit. She made fantastic pancakes and fed them to many hungry skiers, me included. I was lucky to know her.

Ruth Boutilier was born and lived her entire life on Cape Breton Island. I once wrote an article about her for Ski Canada Magazine. In it, I described her as an 82-year-old diminutive tornado. She was a force of nature; a wonderful force of nature. Ruth was many things; a wife, mother, grandmother and great-grandmother, a lifetime yoga teacher, in fact, she was the first trained yoga teacher on Cape Breton. She also taught skiing for 50 years. She introduced literally thousands of school kids to the sport of skiing. The only other woman who may have influenced more young skiers is Nancy Greene-Raine. Nancy would have loved Ruth. As per her wishes, Ruth’s ashes will be scattered on the bunny hill at Ski Ben Eoin, near Sydney N.S., it was where she spent most of her time. I was lucky to know her.

Lisa Korthals was 49 years old when she passed away in the mountains she loved, taken much too early by an avalanche. Lisa was a superb skier and level 4 member of the CSIA. She found her true calling as a big mountain skier, making many first descents in the Coast Mountains, Alaska and in Europe. Later, Lisa shared her love of the mountains with others, working as a heliski guide. Along the way, she married her perfect adventure partner, Johnny. Together they have a young son, who shares his mom and dad’s talent on snow. Lisa touched many lives, in fact over 1000 people came together to celebrate her life and remember the vibrant, fun-loving, infectious person that she was. I was lucky to know her.

Being a person who has never looked to divinity for comfort or answers, I try to honour the memories of people I care about in my own way. Sometimes by quiet reflection, sometimes by emulating qualities I admire about them. We honoured Pat with an on-hill service at Sun Peaks, later we followed Ken as he led us around the Mountain, a small group of family and friends sharing in a special moment, doing what we all love. I was also at Sun Peaks when I heard that Ruth had passed. I stood at the top of several runs that day and thought of how special she had been. It was late in the season when I heard of Lisa’s passing, I’ll think of her often in the years to come, whenever I’m in big mountains.  I’ll channel her energy and share some joy with those around me.

A pebble tossed in a still pond sends ripples outward in all directions; all three of these extraordinary ladies made waves, touched lives and influenced those who knew them. I was lucky to have known each of them. 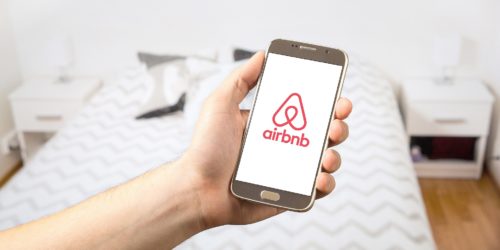 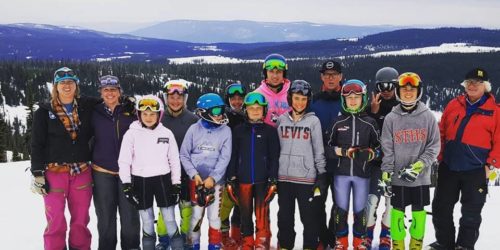