Remember that shallow snowpacks and cold temperatures often develop weak layers.  This process proved itself once again in the widespread Jan. 18 avalanche cycle.

The end of December brought steady snowfall at moderate temperature, which is good for strengthening of the snowpack. Cold arctic air returned briefly with the New Year and again for the second week of January that resulted in cold, weak, faceted snow.

The next storm came in cold and light, great for skiing champagne quality powder snow, but not good for bonding to the Jan. 12 weak layer.  It continued to snow heavily, while at the same time warming and moderating quickly in the southern part of the province although it stayed cool in Revelstoke and areas to the north.

By Jan. 17, the temperature warmed to near zero degrees at treeline and the total storm snow was close to one meter, accompanied by strong, southwest winds. These are prime conditions for large slab avalanches and down they came on Jan. 18. These slides seemed to be triggered with cooling temperatures, which can cause wind-slabs to become more brittle and reactive. The cycle was less widespread in the southern region which experienced conditions for settling and bonding early in the storm.

There’s great skiing to be had in the backcountry right now, with another 30 to 40 centimetres of light freshies, but watch for the recent storm snow reacting on the Jan. 19 layer of small surface hoar, and be cautious of large terrain alpine features that didn’t slide during the Jan. 18 cycle. Be cautious and aware and you can enjoy the good side of La Niña.

To learn more, check out the avalanche observations at www.avalanche.ca/cac/library/avalanche-image-galleries/Avalanches2010-2011. 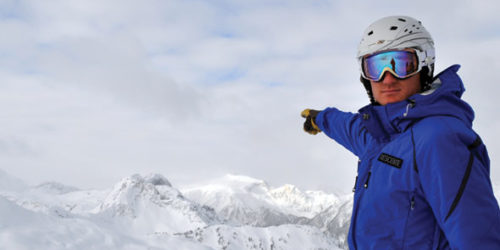 Two classes win a free day on the slopes