If you’ve been wondering how to turn your passion for gardening into a profitable business, follow a few tips from urban farmer Curtis Stone.

Stone is the owner and founder of Green City Acres, a pedal powered produce farming operation run right within the city of Kelowna. Stone left his career as a musician in Montreal to seek answers to questions he had about sustainable farming and food production. He’s found a profitable way of farming produce using people’s backyards around town, and what’s more, no vehicles are involved.

That’s right—Stone rides his bicycle everywhere. Whether it’s hauling a 400 pound rototiller, or loading up crates of young plants to be transplanted, everything done by Stone is done on his bike.

Last year Stone clocked approximately 8,000 kilometres on his bike, and he still loves it.

“I bike up to two hours a day and I enjoy it; I’ve always been an avid cyclist,” he says. “My closest garden plot is a two-minute ride away and everything else is within a two-kilometre radius. If I have to go to the farm supplies store, I’ll spend half a day on my bike running errands.”

In fact, Green City Acres was inspired by a 4,000 kilometre bike trip Stone did from Kelowna down to Tijuana, Mexico. Along the way, he checked out urban farms and other village projects related to sustainability and environmental preservation, mostly in California. With only nine years of tree planting and no gardening or horticulture experience, Stone set to build his farming project.

The way that Green City Acres works is related to an organization called SPIN farming (not related to SPIN Newsmagazine in any way). SPIN stands for small plot intensive, which describes the method of farming. Each plot is rated in Zones 1, 2 or 3, meaning the number of times the crop can be turned over. For the plot located at his home, Stone will plant three crops of spinach while at a farther plot—Zone 1—he’ll plant something like onions or garlic which take longer to grow.

Stone doesn’t own any of these plots. They’re all leased or on trade with locals in Kelowna who are more than happy to get rid of lawn work and wasted outdoor space. Stone will come in, prepare the land according to the SPIN standards and raise crops. Members of this Community Supported Agriculture program receive mixed seasonal produce boxes.

Stone loves his new lifestyle and says there are numerous benefits to urban farming.

“The main benefit is the social movement,” he says. “I’m directly involved in a solution to a problem, getting paid for it and people really like it.”
He also enjoys the social aspect of being outside in the neighbourhood, not to mention all the sun and exercise.

Stone’s growing and market season runs from March until October, after which he enjoys a few months off to do public speaking, events and seminars. He has realistic dreams for Green City Farms, looking towards slow growth.

“I have plans to expand the operation to some degree, take on more land,” he says including Future plans include a two-acre farm site with its own produce stand and restaurant offering farm-to-table fare.

It’s really an amazing feat. Stone admits to making good profits from his business. By having few startup fees and zero transportation and distribution fees, he gets to enjoy the fruits of his labour and feels good about providing Kelowna residents with fresh, local, organically grown food.
As Stone explains, people appreciate knowing where their food comes from.

“People want food from the farmer, they want that connection,” he says. “They want to know where it’s coming from and they’re willing to pay a premium for it.” 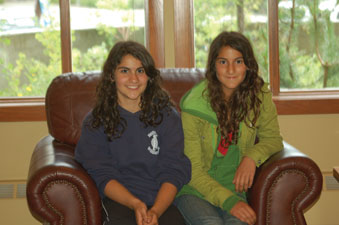