The Sun Peaks Mountain Rescue Society (SPMRS) has installed an avalanche rescue skills area near the top of the Sunburst chairlift.

The $7,000 device and training area was made possible thanks to Sun Peaks Resort LPP (SPR), for allocating the area, and the mountain rescue society’s volunteers and donations.

The donations made to the rescue society are thanks to the Sun Peaks community, resort guests, and funds raised from the sale of the original Crystal chairlift seats which were sold in December.

A soft opening of the “Beacon Basin” has been made available to visitors of Sun Peaks Resort across from the Sunburst Lodge.

The fenced training area is free to use and instructions on how to operate the device can be read at the entrance underneath the lid of the control box.

The training skills area is part of an initiative by SPMRS to provide free rescue training to members of the Sun Peaks community and its visitors.

Charles Albrow, SPR’s director of ski patrol, told SPIN the location at the top of the Sunburst chairlift is about 30 square metres and replicates terrain  found in the backcountry, such as undulating ground, trees and terrain traps.

On future avalanche terrain awareness days, the area will be made bigger to accommodate more learners, said Albrow.

Aspiring and veteran avalanche terrain travellers will be able to locate up to eight transmitters buried in various locations with their own avalanche transceivers and probes.

However, during the Beacon Basin’s trial period, which will last until the end of this winter season, only three signals will be in operation.

The transmitters and strike-pads will be moved on a semi-regular basis so that people can’t memorize where they are located and the signal can be oriented in a vertical or horizontal direction to change the difficulty and keep the search interesting for users.

To locate the simulated victims, users will have to provide their own transceivers to follow the signal and their own avalanche probes to locate the strike-pads.

Albrow said it’s best if users have someone else stand near the control box to help determine when the strike-pads have been found as it can be difficult to hear the beeping once you’re in the basin.

Albrow also said a proper grand opening will take place next season in the training area’s permanent location, which is to be determined pending feedback on the current location.

To submit feedback about how the Beacon Basin can be improved, email Sun Peaks Resort patrol dispatch at [email protected]. 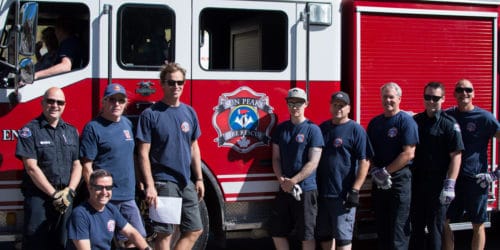 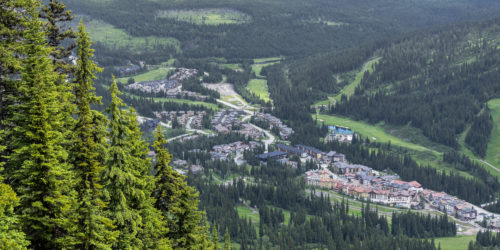