Over the weekend Sun Peaks hosted 140 evacuees, after originally preparing for 500, who were evacuated due to the White Rock Lake wildfire
Jarrett Hofmann  | August 11, 2021
0 shares

Another evacuation order impacted the community over the weekend, however this time Sun Peaks was on the opposite position, housing and feeding approximately 140 evacuees due to the White Rock Lake wildfire.

On the evening of Friday, Aug. 6, Colin Brost, senior director of Tourism Sun Peaks (TSP), received word from Emergency Management BC (EMBC) and Emergency Support Services (ESS) that 500 evacuees would be landing in Sun Peaks overnight from the Okanagan Indian Band (OKIB).

“Colin Brost took the call and he immediately swung into action, notified the hotels and food and beverage outlets, and they all got on board,” Mayor Al Raine explained.

Several hours after the initial call, and after restaurateurs recruited staff and supplies for the sudden increase in demand, Brost was notified by EMBC the number of evacuees was reduced to 140.

Municipal officials were told by EMBC ESS personnel would be sent to provide logistical support, however evacuees and local organizations were unsupported in the resort.

“We were anticipating that somebody from emergency support services would come in to facilitate this transition with the 140 people who showed up,” Raine said.

Instead, Brost was left to coordinate emergency services for the evacuees, quickly creating a food voucher system and housing the evacuees in the Sun Peaks Grand Hotel and Nancy Greene’s Cahilty Hotel & Suites, the two largest hotels. An evacuee familiar with community emergencies also stepped in to help liaise with others who were arriving in the resort.

“The local authority (the City of Vernon) makes the final decision on the area that will be evacuated depending on the threat and their knowledge of the community, so given the changing conditions of the wildfire and reports from partners on the ground, the overall number of evacuees changed,” EMBC told SPIN.

The discrepancy in number of evacuees was based on the best available information the OKIB had available at the time, who estimated necessities for 500 people, and the fluidity of the emergency situation in regards to quickly changing wildfire conditions, said EMBC.

“There’s a lot of information flying back and forth. They plan for the worst, but hope for the best,” EMBC added.

By the morning of Monday, Aug 9, many evacuees were on their way back to their homes.

Before departing, Raine met with several of the evacuees who were delighted with the hospitality they received.

“In fact, several of them said to me ‘If we ever get evacuated again I’m going to ask to come to Sun Peaks’ because they were so pleased with their stay,” said Raine.

“As you can imagine there are some people that are more stressed than others with an evacuation. And I think the staff, the food and beverage outlets of Sun Peaks were really able to look after them and make them feel comfortable, it really helped to reduce the level of stress.” 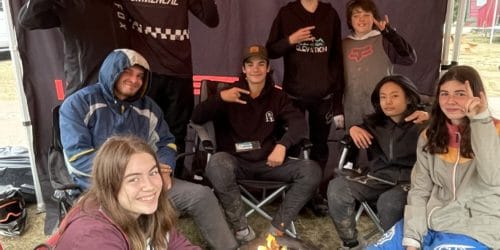 Local racers were a force at recent mountain bike events 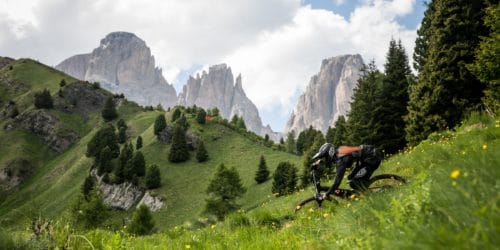