The Rotary Club of Sun Peaks is well on their way to achieving their goal of more than doubling their vendors for this summer’s second annual Rotary Club Art Summit on July 27. With eight artists confirmed to attend this year’s event, club secretary Brenda Wilkinson said the event is a great way to learn more about local and regional artists.

The event, the brainchild of local artist Bill Fell, is a collaborative project between the Rotary Club and Tourism Sun Peaks (TSP).

“He came up with the whole idea, we’ve just been expanding on it,” said Wilkinson.

The Art Summit is an opportunity for regional artists to showcase their work along the village stroll while raising funds for community initiatives.

“The artists were really happy last year, they did very well, and this year it’s the same day as Serena Ryder (concert),” said Wilkinson.

As a fundraiser for Rotary the club donates artist registration fees back into the community as well as putting funds raised from prize bags towards future projects.

With the help of TSP, they sold snack bags for the event which included three drink tickets for a wine, beer and cider tasting, Skippy’s Kettle Corn and Fresh is Best tortilla chips as well as a ticket to the grand prize draw. This year they plan to offer even more.

“It’s still going to be $20 (per bag) this year, but it’s going to be for two people because we realized couples were only buying one (bag). This year there will be two tastings in each bag so that’s a nice change and we feel it’s a better value for two,” said Wilkinson.

New to this year’s event will be Red Collar Brewery, Monte Creek Winery and Wards Hard Cider for the tasting portion.

With plans well underway for this year’s event a call for artists has been put out for those who are creating a minimum of 75 per cent original work. Confirmed vendors for this year’s event include Doreen Fedor (jewellery), Cathy Healey (mixed media), Tim Francis (acrylic painting and giclee prints), Karen Clark (pottery) and more.

The early bird rate for vendors closes Friday, May 31. To apply as an artist or to learn more visit www.sunpeaksresort.com/events. 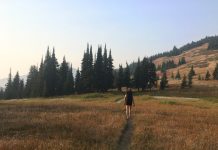 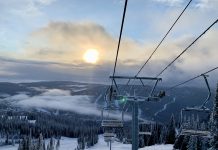 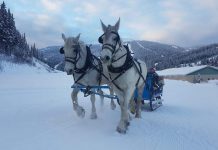