It’s no wonder, given the faux war on drugs, the amateur war on terror and the successful war on poverty in the Western world, that the laughingly ineffective war on Wall Street is going to be a mere footnote shortly. Even the left in our brave new world are incompetent.

Witness the spectacle of urban youth setting up shop in city spaces with space age tents and port-a-potties, complaining about how lousy and unfair life is. I’ve got news for them: the facts of life are conservative. Hockey players on the way to their next five star hotel, in their exquisitely tailored suits, surely shouldn’t be given all that adulation and money, but I don’t hear anyone complaining about them.

When people make lots of money we need to feel those dollars were earned, only then can we grant those rich folks respect. To receive a multimillion dollar severance package while running a bank into the ground is unethical. To get a bonus while polluting the Gulf of Mexico doesn’t do BP stockholders a whit of good, and rightly so. Average Joe can see that. But, the Occupy Wall Street crowd doesn’t complain about someone like the late multi-billionaire Steve Jobs’ wealth because they deem his stuff worthy.
As part of a generation saddled with huge debt caused by unrealistic programs that assumed one can get something for nothing, I too am angry at other’s excesses. Like everyone else in the real world, I’m going to fume at this year’s Wall Street bonuses. Given that many of the banks had to be backstopped by us, the lowly proletariat, I feel rightly betrayed by the sheer injustice of it all.

I’m quietly proud that in Canada our big banks and large corporations are quite profitable. If they want to squander money by over-paying their top people, it’s their prerogative. As a group, we could boycott one company or another, but at the same time one person is withdrawing his account from one bank to another, he’ll meet a person doing the same going the other way. I suppose we could put our money under the mattress so a big-shot banker won’t be able to rip us off, but I don’t think any one of us will make much of a statement that way.

The real question is, if capitalism is so blatantly unfair, why isn’t there another system that even remotely rivals it for material abundance and a lifestyle unthinkable not so long ago? I don’t see a flood of people getting on boats to go to the “Arab Spring” countries; there’s no mass exodus of Mexicans leaving the “Unkind States of America” to their supposedly heartfelt homeland. The asylum seekers, refugees and immigrants leaving their countries seem to be on a one-way street into our money oriented, fake happiness, and consume-all-you-can culture.

Maybe we should put up a sign at our borders that says, “Warning: Capitalism at work,—may be offensive to some.”

Fools and your money

The political perspective on “deserving” and “getting” 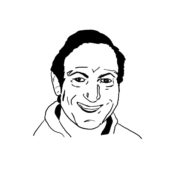 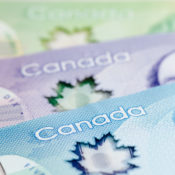 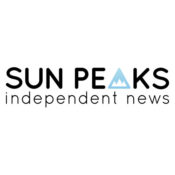 Budget in the big picture 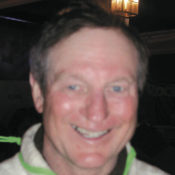 The slow death of speech