An increasing number of Canadians are ditching their cars and opting for
carsharing as a means of transportation.

Through carsharing, people get the benefits of owning a car minus the
responsibilities. With membership, you can drive a car for as little as $1.80 (co-op) or $7.50 per hour without worrying about gas, parking, maintenance and insurance as it’s all included in the fee.

This is how a carshare typically works: a member books a vehicle, drives it and, when done, returns it to a designated parking spot. The member is billed for how long the vehicle was used. Many carshares are operated as not-for-profit co-ops that require a one-time membership fee and a small monthly fee. Some are run as businesses like Zipcar and car2go.

As of January 2011, over 85,000 members shared 2,342 vehicles among 17 carsharing organizations in Canada. Eight carshare communities are in B.C.
AutoShare president and carshare pioneer Kevin McLaughlin said it works well in large cities but it also works in smaller communities given the right planning and participation.

Despite its small member communities, Kootenay Carshare Co-op has been running strong since 2001. It’s grown from five members in Nelson to about 200 members with 20 vehicles servicing Nelson, Kaslo, Fernie, Revelstoke and Kimberley.

Co-op manager Colleen Matte said it’s crucial to have enough usage to sustain the service. The co-op breaks even with a profit of $500 per month per vehicle. To maximize usage, Matte puts vehicles within a 10-minute walk from the core users’ homes.

“We buy vehicles that are older, around five or 10 years old, from local owners, that have been well-maintained,” Matte said. “It really helps to start with a truck and a car because flexibility is very important.”

To ensure the vehicles are maintained properly, this co-op holds orientations and Shine ‘n Dine potlucks. Members pay a fee if they leave the cars messy or the tank empty.

Modo, The Car Co-op is the second oldest carshare in North America with 7,406 members and 242 vehicles in Vancouver. While the 30.6 person per car ratio may seem crazy at first, it does work quite well, said Tanya Paz, business development director.

Some members carshare five times a week while other five times a year. It’s mostly used for things like doctor’s appointments, long drives or getting groceries.

Carsharing also encourages people to take the transit, cycle or walk instead of relying on a car. “Before you even book a car, you have to plan your trip. Because you’re combining your errands, you’re going to be driving less,” Paz explained.

“About 40 per cent of people who join either sell their car or avoid buying one,” said McLaughlin.

One of the biggest benefits is saving money. While it often costs $500 a month to own a car, Modo members pay $140 per month on average, said Paz.

Members may book in advance or on the go in self-serve carshares.
“We obsess over availability because we really want carsharing to work for people,” said Paz. “Most people book within 20 minutes or less from the start time and still they get the car they want.”

The CarShare Association was created last January to promote a Code of Ethics among carshare organizations in Canada, US, Australia and Brazil and to maximize the social and environmental benefits.

To McLaughlin, the future of carsharing looks promising. “It certainly got a decent sized following in the larger cities and I expect that to continue to grow.”

Give a warm welcome to the beginning of the bear season! 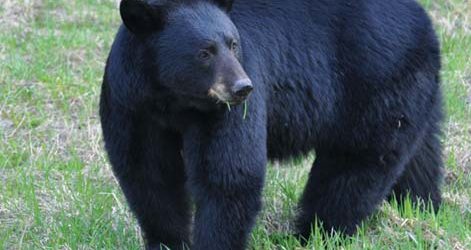