During Catharine Pendrel’s first World Cup event in 2004 in Les Gets, France, she was accompanied by her mother, but 17 years later for her 100th start, she was the mother in the family.

On a rainy July 3, 2021 in Les Gets, France, Pendrel and fellow cross-country World Cup competitors battled to find their pace without knowing a quickly deteriorating muddy race course lay in the laps ahead.

“I want to get back in that top 20 in the World Cup. I want to ride like I feel that I’m capable of,” Pendrel told Red Bull TV in the days ahead of the race, but  ultimately just missed her goal after finishing 21st.

The first quarter of the race was favourable for Pendrel and the race course was in good condition with sticky dirt and rideable grass corners.

Loanna Lecomte, the overall standings leader, would quickly find the top of the pack on her home soil, leaving the rest far behind for much of the race.

“It was like she was running, it would’ve taken big mud spike tires to catch her that day,” Pendrel told SPIN. “Loanna is amazing though. She is definitely a step above the field at the moment. We often see this in the women’s field though; someone comes in and dominates and it raises the bar and the next year there are several challengers.”

Pendrel continued to battle, gaining 11th place by the end of the second lap before the mud began covering her jersey and face and clogging her bike’s chain, derailleur and cogs.

“The conditions were crazy. I had to stop on lap three as mud was causing my chain to get stuck.”

Pendrel tried to find her rhythm again but fell behind due to difficulty added by the slick mud.

“I struggled a lot to find grip on the grass corners in the last few laps, but I was climbing strong and riding well where I could,” she said.

Unfortunately, due to the condition of the track, the race was determined by the athletes’ abilities on the slick downhill sections as opposed to uphill performance.

“It’s funny, when I started my career I was the rider to watch if it got wet, now I so rarely ride in the wet [in Kamloops] it takes some adjustment. I don’t think anyone was really predicting [the course] to deteriorate that quickly but luckily I could make a last minute switch to mud tires,” explained Pendrel.

Although Pendrel narrowly missed her goal of landing in the top 20, she finished as the top Canadian.

The impressive finish marked more linear progression for Pendrel in this year’s World Cup season, just weeks before the Olympics begin, and days ahead of the official team Canada announcement.

Pendrel added she’s excited for her time at home ahead of the 2021 Olympic Games, which she was officially named as an athlete for on July 6.

Readers can watch the Les Gets World Cup race on by clicking here and mark their calendars for the Olympic Cross Country event scheduled for July 26 to 27. 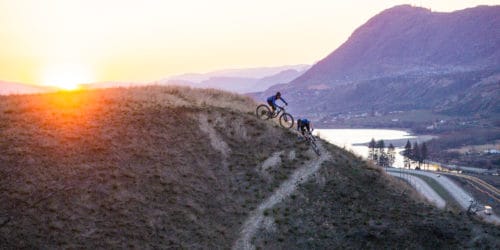 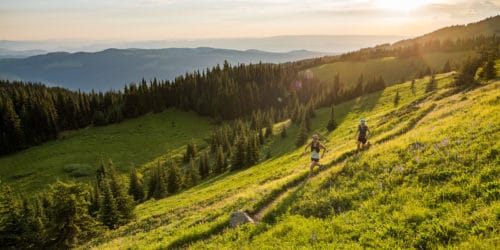