With major sponsor A&W Food Services of Canada, White is teaming up with Kawartha Speedway Group and DJK Racing. White will also be changing cars this season; he’ll be driving a Dodge Challenger for the 2011 season.

“We’re gonna have lots of technical support from our past champion, and we’re gonna have their horsepower,” said White. Kawartha Speedway Group’s race track will also prove useful for testing, he added.

“All the things that I had to do before, I was wearing different hats, now I can concentrate on driving a race car and performing the best as I can and also promoting A&W and my (other) sponsors,” he explained.

White will work with Derek Lynch as the crew chief and team principal.

“I’m extremely excited,” he said. “I can’t wait to get out testing; I’ve never been able to test before. Testing costs money and I just couldn’t afford to go out and do it.”

White will do two testing sessions at the Kawartha Speedway in Fraserville, Ont. on May 4 and 18 in preparation for the first race day on May 28. 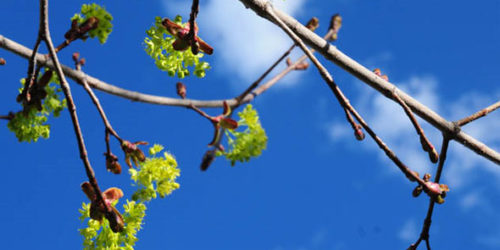 The resiliency of spring