Festival that began as a way to celebrate the Clearwater River has grown into a way to remember local kayakers Ben Earle and Adrian Kiernan
Jarrett Hofmann  | August 18, 2021
0 shares

The festival successfully raised over $400 for First Descents, an organization that takes terminally ill patients on outdoor adventures.

It was a weekend full of whitewater paddling races in the name of Adrian Kiernan, freestyle events, musical performances and an award presentation to commemorate the late Ben Earle.

“In 2007 Ben Earle started the Kayak Festival and he died [while] kayaking the next year in 2008, leaving behind a seven-week-old son, a three-year-old daughter, and wife,” explained Mat Kasunich, organizer of the festival.

Adrian Kiernan and I wanted to keep it going since then, kind of at first as a fundraiser [for his family]. We did that the first year and then his wife said ‘No, I’m good, I don’t need you to do the fundraiser. Keep doing the kayak festival just to keep his name alive.’”

The Ben Earle award, given out by his son and daughter, consists of $100, a 24 pack of Busch beer (Earle’s drink of choice), a doobie, and a local artist’s painting of Earle kayaking along with the words that are on his memorial plaque where he died.

This year, the award was given to James and Andrea Huser.

“We give it to someone who embodies the spirit of the Kayak Festival,” said Kasunich.

“So many people come up to me every year and they tell me that they had confidence because James was there watching them through the rapids and Andrea was there to back them up. They’re always there helping out, and making people feel comfortable on the river,” Kasunich said.

“They’re such positive, passionate people and they’re just there to help and paddle on the river, they’re amazing. Everyone figured they needed a little recognition that they deserve for embodying the spirit of kayaking river culture for the last 30 years on the Clearwater River,” Kasunich added.

In fact, after the Husers received the award they gave the prize money to one of the musical performers at the festival.

“They gave the $100 to the first performer who played, just to tell them how awesome of a job they did. That’s just the way they are,” Kasunich explained.

In addition to commemorating Ben Earle, Kiernan, who took over organizing the festival with Kasunich in 2008 after Earle’s death, passed away while kayaking in Nepal in 2018 and is remembered at the festival through the Adrian Kiernan Boatercross event.

“He was really good friends with Ben. He was actually with Ben when he died in 2008. I talked to his partner and we didn’t want his name to overshadow the festival. So instead of giving another award in his name, we decided to name the boatercross after him because he never lost the boatercross.”

Kasunich explained boatercross is similar to ski cross or boardercross, when you have a mass start of participants all racing the same course.

In this case the boaters started at a rapid called Three Fingers, continued through the lower canyon of the Clearwater River and ended at another rapid called Hole in the Wall.

“We had like 50 kayakers start at the exact same time, they raced through class three and four rapids to a finish line. Whoever gets there first wins,” explained Kasunich.

Along with being able to commemorate his friends, Kasunich said his favourite moment from the fun-filled weekend was being able to see Earle’s kids present the award and share words about their father, as well as watch Earle’s daughter get up to sing and dance on stage.

“She has a beautiful voice and I’ve never seen her on stage at a party like that. It was pretty cool to watch her sing.”

For more information about the Clearwater Kayak Festival, visit their Facebook page and to learn more about First Descents, click here.

Correction Aug. 21, 1:25 p.m….The article originally stated Adrian Kiernan passed away in 2014, which has since been changed to the actual year of his passing in 2018. 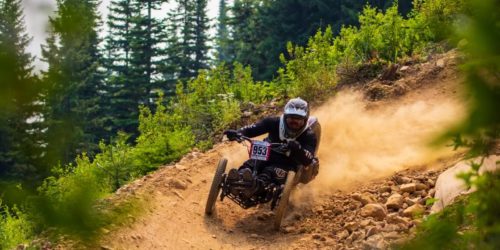 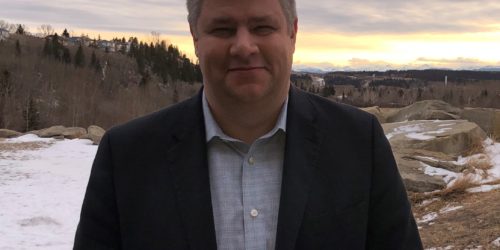