The Sun Peaks Freestyle Club wrapped up the season by reaching the podium at each of the last three competitions.

Local skiers claimed six medals at two days of slopestyle competition at Big White on March 12 and 13. Olson Advocaat finished in first place in the U10 division and Luc Dallaire claimed third in the U12 division in the first day of competition. On the second day, Advocaat and Dallaire each claimed first in their respective divisions with Mastin Hooper finishing in second in U12 and Ravi Embar finishing in third place in the U16 division.

The following weekend, Advocaat continued his podium finishes with a second place performance at a rail jam in Silver Star, with Embar claiming second place in the moguls competition.

The freestyle season wrapped up with the final Timber Tour event of the season at Mt. Washington from March 31 to April 3. The weekend opened with the slopestyle competition on Friday with Dallaire claiming top spot, Charlie Roberts finishing third and Mastin Hooper finishing in fourth in the U12 division. Ethan Hooper finished third in U10.

The Sun Peaks skiers were kept off the podium during Saturday’s moguls runs. Dallaire and Ethan Hooper each finished in fifth place in their respective age categories, and Roberts finished sixth and Mastin Hooper finished 10th in the U12 division.

The U16 racers wrapped up the provincial races series with three slalom races at the Teck Provincial Open Series at Grouse Mountain from March 4 to 6.

The race weekend wrapped up with Sunday’s slalom races. Kovacs placed 30th and Langevin finished 38th in the women’s slalom. Jacoby claimed his third straight top-15 finish placing 12th in the men’s slalom with teammate Beckett Hooton right behind him in 13th and Elias in 32nd.

“Overall the athletes pushed out of the comfort zone as the hill was steeper than they were used to. Myka had an amazing weekend, skiing the best she had all season, as well as Beckett,” said head coach Montana Molyneux. “Together, our team was determined to move up from their bib (starting position).”

The Teck Okanagan Zone Finals in Revelstoke on March 26 and 27 wrapped up the racing season for SPAC racers.

Talyn Lorimer claimed the gold medal and Aruwin Salehhuddin won bronze in the women’s U12 slalom race with teammates Jayna Whitecross in 11th and Becca Elias in 20th. 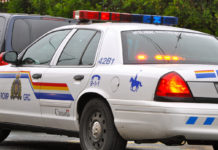