There’s no doubt Sun Peaks has a lot of talented young skiers and snowboarders, and the community loves to cheer them on. But what’s often missing from the discussion is just how costly it can be to compete in the sport — and the lack of financial supports available for young athletes.

Local resident Katja Roberts knows the costs all too well, having helped start the Sun Peaks Freestyle Club (SPFC) around seven years ago and now having three children who participate in freestyle competitions.

Currently, SPFC has set prices based on 15 weeks of coaching for either one or two days a week. Roberts said these costs are relatively reasonable.

“[SPFC] wants to just break even at the end of the year,” Roberts said. “The fundraisers and hosting events […] can pay for the extras, like the extra support and the coaching development.”

To participate in competitions, athletes also pay registration fees and licensing fees with B.C. Freestyle. But Roberts said where it really gets expensive is travelling to other resorts for competitions.

The costs involved depend on what level the athlete is at. For skiers who are starting out on a provincial level, the main competitions are provincewide Timber Tours.

This year, the Timber Tour stops were Panorama, Sun Peaks and Whistler. Roberts said being in the Interior makes travelling easier because all the locations are close enough to drive to and athletes can carpool together.

“But it’s all added costs, like the accommodations,” Roberts said. “We have to hire our coaches for that specific weekend on top of the 15 weeks that we have previously engaged them in […] We also have to pay the coaches to get there and to stay there.”

Once skiers get to a national level — like Roberts’ 14-year-old daughter Annika — costs increase even more. Athletes represent the province in competitions rather than their club.

“It’s not like the entire team travels together,” Roberts said. “You’re looking at a family member having to either drive them or you have to try to team up with somebody else that you know. But that’s not always easy when it comes to junior nationals because you don’t know if there’s anybody else that goes from your club.”

Provincial freestyle clubs support athletes by sending coaches for competitors to share. Earlier this season, when Annika went to Calgary for junior nationals, SilverStar Resort sent a coach for the B.C. athletes. However, Roberts still had to contribute to the coach’s travel and accommodation.

Meanwhile, Roberts’ 16-year-old son Charlie is part of the B.C. Prospect Moguls Team and travels across the country for national events. This year, many of his competitions required flights and car rentals on top of regular hotel and travel costs.

“They do try to travel as a team to certain events, but they still need additional chaperones or drivers because the kids are also still younger so they can’t rent vehicles by themselves,” Roberts said.

Charlie is currently out east competing in national competitions in Quebec City and Fredericton. His grandmother is accompanying him and looking after another competitor as well.

To raise money for the season, Charlie held a community bottle drive. Roberts said they felt very supported, on both a financial and emotional level, through the amount of donations they received. She said she’s thankful to live in a community like Sun Peaks that always cheers on its athletes.

“You want your kids to dream big, and you don’t want to squash their dreams just because you feel that it’s too much of a financial burden,” Robers said. “Somehow there are probably ways to try to make it happen, and we feel very fortunate that Sun Peaks is the way it is.”

However, there are few financial supports available to help parents afford their children’s competitions. Roberts said her younger children don’t have any grants they can apply for, and Charlie was only awarded $400 for the year through one grant.

With more athletes in Sun Peaks reaching higher levels, many parents are in similar circumstances. To help, Roberts said it would be great to see community support in other ways.

“I would love to see some organizations up here think about having a bursary or a grant that they put together,” Roberts said. “We have other athletes that are very talented here.”

Roberts said a grant that community members could help fund would go a long way to let skiers make it to higher levels and live out their dreams.

For now, Roberts said it can be helpful to follow the skiers on social media to help them get sponsorships and continue to support fundraisers. 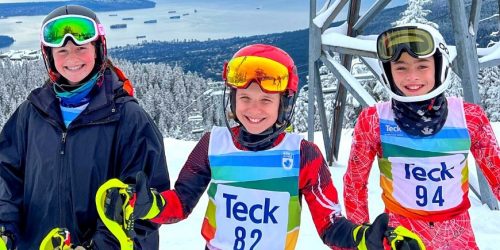 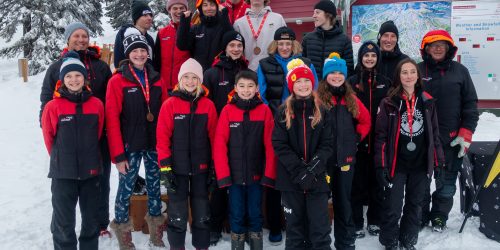