What if the amount you pay for eating out could help improve the life of an orphan? Through the Dining Out for Life event in Kamloops, for one day, now it can.

More than 10 Kamloops restaurants are participating in Dining Out for Life, an annual North America-wide event that benefits local AIDS organizations.

Twenty-five percent of food sales on that day from every participating restaurant will go toward the cause. Restaurants may sign up for just lunch, just dinner, or both.

ASK Wellness Centre is the official organizer of Dining Out for Life in Kamloops, and proceeds of the fundraiser will go toward the ASK Goes Global project.

“The proceeds this year are going to a group of HIV specialists who will build a medical and social centre for the SOS Children’s Village in Mbabane, Swaziland in Africa,” said Cheryl Doolan, ASK Wellness Centre’s office manager.

Doolan said the team of 16 volunteers includes a Kamloops doctor who specializes in HIV/AIDS, ASK Wellness Centre’s title sponsors and spouses of staff who are all paying for their own airfare, in addition to 10 staff members.

The volunteer headquarters for the event is located at The Noble Pig. Pub co-owner Mark Tetreau said he was eager to jump on board after Doolan informed him of the event.

“I think it’s worthwhile,” Tetreau said. “We’ve got such wealth in this country compared to other countries, in Africa in particular where this money’s going. And these kids that they’re supporting over there are absolutely in need.”

Developing World Connections is the local liaison between ASK Wellness and the SOS Children’s Villages for this project.

“The host partner is SOS Children’s Villages. They’re an international organization that works with children and orphans. In Swaziland, they work mostly with children orphaned by HIV/AIDS,” said Jessica Kleissen, communications coordinator.

In Swaziland, children orphaned by AIDS are cared for by house mothers, grandmothers who are in charge of 10 children each in the community. With nearly 40 per cent of the adult population living with HIV, the country has the highest prevalence of HIV/AIDS in the world. SOS Swaziland helps the communities by building medical and social centres where services such as basic hygiene, vaccinations, meal assistance and education are offered.

The team will get their hands dirty in helping to erect this facility, said Kleissen. “They’re going to work alongside the community as well as local paid labour to make sure the buildings are being built appropriately,” she explained. “They’re also looking to explore working as a community agency in Swaziland. So they’ll have an opportunity to connect with some of the volunteers and the agency of SOS Children’s Villages in Swaziland.”

These community care points are extremely important to the local community, said Kleissen. They’re already seeing benefits to the third completed SOS village in Swaziland in Siteki which another group from Kamloops helped to build last year.

“For example, the completed village in Siteki will help 120 orphaned, vulnerable or neglected children, as well as 12 to 20 house mothers, which are grandmothers who are trying to earn a bit of income for their families while taking care of the children.”

The volunteer team will head to Africa in August.

Volunteers are still needed to host Dining out for Life. To volunteer, contact Cheryl Doolan at 250-376-7558 ext. 226. Check out their website: www.diningoutforlife.com/kamloops. 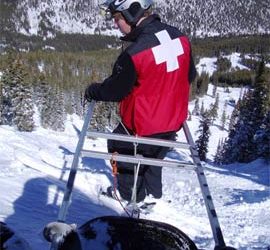