Giant Hogweed (a.k.a. Heracleum Mantegazzianum, which sounds like the villain of a Roger Moore-era Bond film) is the dangerous invader from across the seas. The vile plant has stem hairs and leaves which contain a clear, highly toxic sap that can cause blisters, burns and external scarring. Internal scarring as well, if you’re feeling bold.

The plant was first introduced because it looks really neat in gardens— seriously. The recent concern is its apparent similarity to a native flora known as Cow Parsnip. While having a similar shape there are subtle differences. First the Hogweed has pointed leaves, like a thistle or dandelion, whereas the Cow Parsnip has softer, rounder edges like a maple leaf. Also while the parsnip reaches about head height, Giant Hogweed can grow to three or four meters tall.

One understands this is like saying there is a subtle difference between a chicken and an ostrich, but they are similar enough to have many confused. (Confused about the plants not the flightless birds.)

Vicki Moses, a long-time Sun Peaks resident and local expert on invasive species, who happened to grow up collecting and eating Cow Parsnip as a traditional food, filled us in on the more benign counterpart.

“It’s edible right up until it flowers and looks a bit like celery, but it can be poisonous later on.”

Moses is not concerned about Giant Hogweed in the area.

“No, I had to check out a dozen or so reports of this stuff locally and it was never the big stuff. I don’t think it can survive here.”

Moses is backed up by Emily Sonntag, the invasive plant management co-ordinator for the Cariboo Regional District.

“I know of no confirmed occurrences of Giant Hogweed in the Cariboo Chilcotin to date. All reports have been of the native plant Cow Parsnip.”

That being said, it still can’t hurt to keep a watchful eye for anything that’s roughly three times larger than it should be, be it Hogweed or otherwise. Any possible sightings of Giant Hogweed should be reported to the Invasive Species Council of British Columbia at 1-888-933-3722. Sightings of anything else far larger than normal should be reported to any local 1960’s sci-fi movie writer who will listen. 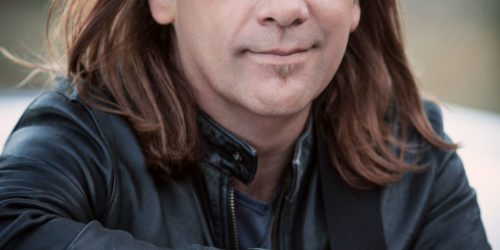 Bringing a ‘kitchen party’ to the mountain 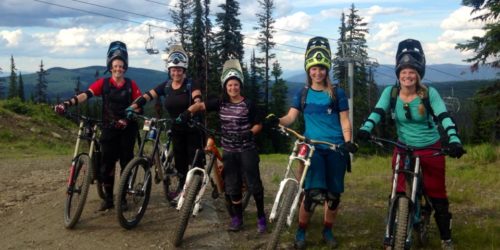