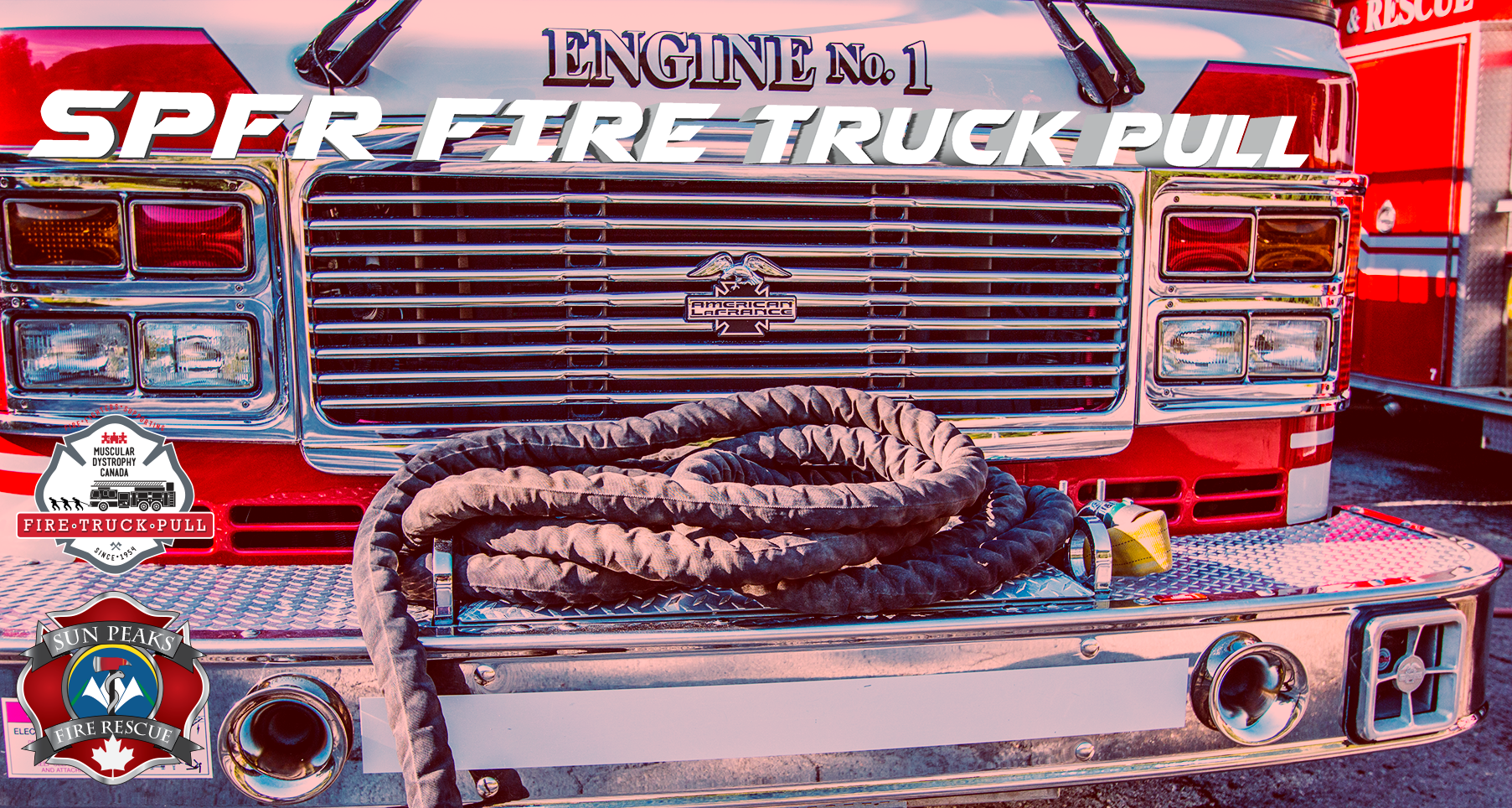 Want to test your might by pulling a fire truck with a rope? Gather a team of eight to 10 and see how fast you can pull Sun Peaks Fire Rescue’s Engine One!

“Last year was really fun, the weather was amazing, we had a great atmosphere and lots of interest from the public. It’s really good family fun.”

Mark said he was proud to have two local charities in addition to Muscular Dystrophy Canada, which is often the charity of choice for the fire department’s fundraising efforts. This year the goal is to surpass last year’s $7,000 raised.

Prizes will be given to the best dressed team, participants can register the day off or on August 25 from 11 a.m. to 4 p.m. at the firetruck display in the village. Registration is $20 per person.