The International Ski Federation (FIS) has voted to ban the use of fluorinated ski waxes in competitive disciplines, due to its toxic impact on the environment.

“The use of fluorinated ski waxes, which have been shown to have a negative environmental and health impact, were banned for all FIS disciplines from the 2020-2021 season,” the FIS announced in a press release following its autumn meeting in Germany.

Fluorocarbons are used in ski wax for their excellent water and dirt repelling properties, and to reduce friction against snow. For these reasons, it’s popularly used in alpine and Nordic ski racing waxes.

RISE Research Institutes of Sweden have worked towards a phase-out of fluorocarbon wax since 2017.

Lisa Skedung, a project manager with RISE, explained in an email the long term and “diffuse” health and environmental effects of fluorocarbon waxes.

“A pair of well-waxed skis are coated with a very thin layer of ski wax, which through abrasion is worn off in the ski track and spread through the snow,” she wrote.

This changes the chemistry of the snowmelt, and therefore the environment and food chains it then flows into.

“These substances are unable to degrade in nature and humans and other mammals absorb them through air, water and food,” Skedung added.

Skedung wrote she felt very positive about the FIS ban and celebrated that it had come about sooner than expected.

In its November press release the FIS also announced the formation of a specialized FIS working group to establish the regulations and control procedures of its ban on fluorinated waxes.

It will remain up to this delegation how the ban will be enforced across snow sport disciplines and how to ensure international compliance.

On a local level, Matthias Schmid, owner of McSporties in Sun Peaks, supplies the widest range of alternate waxing solutions in the community.

“We’ve always tried to be environmental custodians,” Schmid said of the store, which has used non-fluorinated shop wax since opening in 1996.

“It’s out of Italy and it’s been out for a few years now,” Schmid said. “I think that company anticipated that the fluorinated waxes were going to be banned.”

McSporties is also the first in Sun Peaks to offer a permanent fluorination treatment. According to Schmid, the process—named Phantom—involves coating the ski or snowboard with a super-low viscosity, two-part fluid and baking it permanently onto the ski using infrared technology.

“It’s basically like tattooing the ski with a permanently fluorinated base that will not come out, so if you ski on it, it’s not going to poison the waterways,” he summed up.

While alternate ski wax options like this exist, which reduce environmental pollution and health concerns from exposure to ski wax, they do not yet offer the same performance as fluorinated waxes.

Until they do, the FIS will need to enforce robust regulations to manage the risk of cheating in snow sports competitions as the ban on fluorinated wax takes effect next winter. 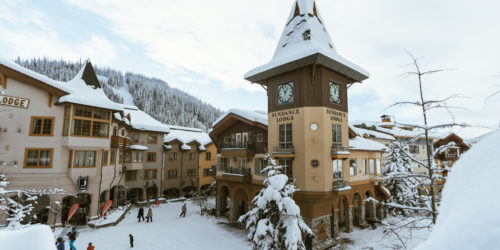 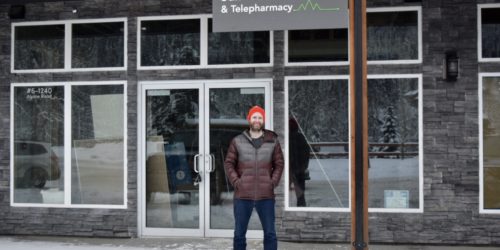