Framing his own perspective

Most people don’t grow up in a Chinese city of over 7 million people while escaping for the winter to a Canadian village with a population of less than 500. However, it’s the unique and inspiring reality for 19-year-old filmmaker Eddie Foster.

Born and raised in Hong Kong, he has been coming to Sun Peaks since the age of three and now he has captured the vastly differing corners of his world in a short-film entitled Frames, set to be released on June 16.

“I really wanted to focus on the heavy juxtaposition between claustrophobic, 24/7 Hong Kong city life, and that of British Columbia; what we do when we’re up there and how we feel up on the hill,” Foster said.

The film opens with a narration of Foster’s perception of Hong Kong and the vibrant city lifestyle, which he describes as “something you have to experience for yourself.” The film jumps to B.C., following and observing a skier who was born and raised in the mountains.

“That heavy influence of how he really focuses on his natural surroundings and his contextual surroundings when he’s out on the hill,” Foster said. “Mine here (in Hong Kong) is of technology consumption and modernization.”

The film features Sun Peaks skier Kieran Nikula in backcountry settings throughout the Interior. Foster said he aimed to create something more than just the typical skiing video.

“I really want to push my film towards a ski narrative where I can actually push a storyline, have it progress throughout and come out with a clear ending rather than have a montage of ski tricks,” Foster said. “It’s all sequential and it has meaning. Every shot I have is in a sequence, it’s in order and it makes sense.”

Foster and Nikula spent three months, from February to May, capturing skiing footage in and around Sun Peaks, Revelstoke, Clearwater and Whistler. Some of the terrain required a 2,500 metre climb on a snowmobile, which made it logistically challenging to bring along camera equipment.

“It was pretty scary when we were up there. We did have a few scares, we saw a few avalanches, but it’s all about the risk. I feel as though every shot we got out there was risky and dangerous but it’s how I wanted things to be and how I wanted to capture everything through my lens, through my perspective,” Foster said.

The title of the film, which runs at approximately 25 minutes, reflects Foster’s aspiration to showcase his unique style of filming.

“The title was one of the hardest things to come up with,” Foster said. “We came up with Frames as related to this linear narrative we’re making. How it’s sequential and how every single frame we have is part of the story and it all leads to the broader concept.”

That heavy influence of how he really focuses on his natural surroundings and his contextual surroundings when he’s out on the hill… Mine here (in Hong Kong) is of technology consumption and modernization.

“I haven’t earned anything from this film, nor am I going to in the release,” he said. “It’s more just going towards my portfolio so Kieran and I can push for next year because we have big plans and hopefully we can get more sponsors on board.”

Foster is still working on the finishing touches of the film, which will be released on his website, www.2deepmedia.com.

Foster said he and Nikula will spend the summer working on their proposal for their next film, with filming to potentially begin in November.

“Film is my passion and I really hope to pursue my career in film,” Foster said. “Skiing right now is my main focus. I would love to continue filming skiing for the rest of my life.” 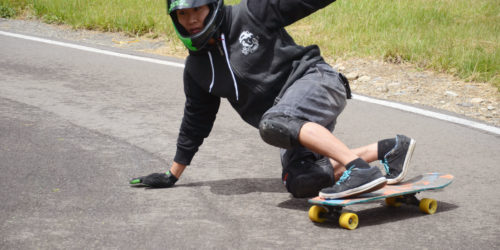 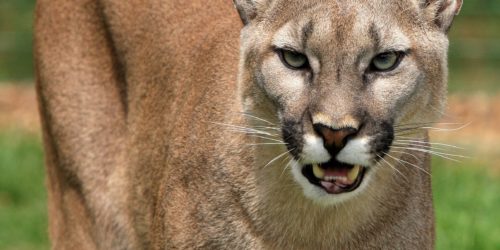 Be aware of the wildlife