As freestyle competitions are now underway across the province, the Sun Peaks Freestyle club (SPFC) has already begun to bring home medals and is looking forward to more upcoming events.

While at Whistler, Nayte Brown-Silver captured two silver medals for slopestyle in the M16 division.

“The 2022 B.C. games are now cancelled, but at the time it was the qualifiers for that,” said Brown. “But it’s still great to bring home medals for Sun Peaks Freestyle Club on both sides of the sport.”

SPFC skiers also participated in the Panorama Timber Tour on Jan. 15 to 16, winning another five medals at the event.

“I’m just thrilled with how everybody competed at the competition,” said Daniel Hoerz, SPFC’s ski director. “Everybody came and performed and did exactly what they planned to do, which is super awesome.”

Hoerz said some of the athletes performed so well during their first run that they used the second run as a “fun victory lap,” where they tried new tricks they had never done before.

“And now everybody’s getting amped up and everybody’s very excited about the Timber Tour event coming to Sun Peaks in a few weeks from now,” said Hoerz. “They’re extremely excited to be competing on their home turf.”

Sun Peaks will host the second Timber Tour event in B.C. this season on Feb. 10 to 13. On a more national level, Sun Peaks will also host the Canada Cup from Jan. 31 to Feb. 3.

Hoerz said because the Canada Cup is in the middle of the week and many of the athletes travel independently, SPFC is looking for volunteers to lend an extra hand. Anyone who is interested in volunteering can email the club at [email protected].

Snowboarders have some exciting events this month as well, with three SPFC athletes competing in Air Nation Sun Peaks on Jan. 19 to 21. Snowboarders are also headed to Big White on Jan. 22 for the second B.C. provincial snowboarding event. 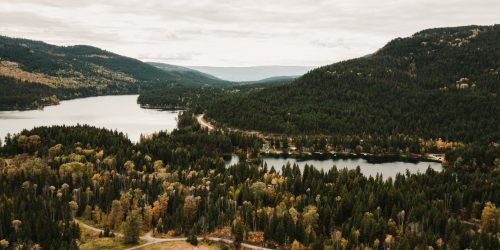