This year Sun Peaks Secondary Academy will have five graduates in the second graduating class in the school’s history.

SPIN caught up with some of the grads to see what they thought of going to school in the mountains and their future plans.

The graduation ceremony will take place June 25 at 4:30 p.m. at the Upper Village Stage.

After moving to Sun Peaks three years ago from Langley, B.C., Dickson has excelled in academics and extracurriculars.

Class co-valedictorian with an entrance scholarship to Thompson Rivers University (TRU), Dickson said attending school at Sun Peaks has prepared her well for her future.

“It was a hard transition at the start moving away from all of my friends but in the end it was even better.

“It will prepare us well for university because you’re self-dependent.”

The Rotary Interact Club member took inspiration from a club trip to Prince George to learn about the healthcare industry and will attend TRU in the fall to study science before transferring to study medicine or engineering.

Mercer-Brunelle has attended the school at Sun Peaks since it started and said she’s had fun the whole time.

Outside of school she’s ski raced, played tennis and piano and learned Taekwondo.

“I like how small it is and how everyone knows each other and that the activities are centered around sports,” she said.

She added she liked that the highschool was online and independent, forcing students to seek out answers and information.

This fall she will attend TRU to study science. Also inspired by the Prince George trip, her long term-goal is studying medicine.

O’Toole is the youngest of this year’s grad class, graduating a year early as co-valedictorian after lots of hard work.

After moving to the mountain in 2012 she focused on school, taking a class at TRU and being secretary and then president of the Rotary Interact Club.

“I had to get used to being organized and independent in my school work,” she said.

“I wanted to graduate early because I want to do humanitarian work abroad but still attend university when I’m 18.”

O’Toole will head to China for five weeks this summer to teach English and is planning for at least one other trip.

“I’ve always wanted to help people since I was really young.”

Next year she will study science at Saint Francis Xavier with long-term plans to go into medicine or forensics.

Originally from Prince George, Shaw moved to Sun Peaks with his parents and younger sister three years ago.

“My family had been to Sun Peaks before, we moved because it was better for my family and closer to other family,” he said.

The change from a large school to the independence of Sun Peaks was difficult, he said, but nearby outdoor activities made up for it.

Shaw is passionate about park skiing and was involved in the Rotary Interact Club.

While deciding what he’d like to do long-term Shaw will work this summer before travelling to Japan for a season of working and skiing.

“It will be good to try a different lifestyle.”

McLure Ferry’s 100th brings back memories of a river tragedy 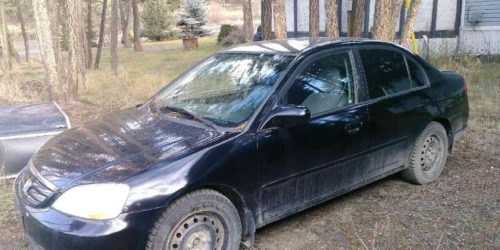