The small community of Heffley Lake might be making a big impact on national boating restrictions.

Currently, it’s not possible to ban ballasted wakeboard boats without banning all motorized boats on a body of water. Ballasted wake boats are purposely weighted to create a higher and better wave for wake boarding or wake surfing.

Jim Davies, the vice president of the Heffley Lake Community Association (HCLA), said they have been working with various levels of government and other community associations to lobby the federal government to change the Vessel Operation Restriction Regulations.

“The people that own these and sell these wakeboard boats, I don’t think they’re aware of the environmental destruction that those boats are capable of creating,” Davies said.

Davies said the HCLA first noticed wakeboard boats on Heffley Lake in 2017. Since then, Davies said they’ve noticed shoreline erosion and habitat destruction from the large wakes caused by the boats.

“The one loon nesting site got washed away by the wake from a wakeboard boat,” Davies said. “Obviously it’s a small lake. It’s never experienced big enough waves to surf on… it’s definitely not a lake that is suitable for wakeboard boats.”

Current regulations are written so all motorized boats would have to be banned, and it’s not yet possible to specifically ban ballasted boats. Davies said the HCLA would never support a ban on all motorized boats on the lake, as it would impact quality of life and property values.

The HCLA is working with the B.C. Lake Stewardship Society, which is comprised of various other community and resident groups, some of which have also struggled with the damage caused by ballasted boats.

“We’re trying to all coordinate our efforts to get Transport Canada to realize that… we have to have an avenue to protect small interior lakes and rivers from these new types of watercraft,” Davies said.

Davies said they’ve been working on this for years, and have now received a letter of support from the Thompson Nicola Regional District. The next steps in the process are lengthy, but Davies said he hopes recent studies will help ensure the motorized boating ban is amended.

“It’s not until you read the scientific documentation by Larratt Consulting are something that you have an understanding of just what happens when these boats operate in that manner,” Davies said.

The study, which was conducted on Kalamalka Lake near Vernon, B.C. in 2019, looked at the disruption boat wakes can cause to the shorelines and sediment at the bottom of a body of water. The study found the sediment at the bottom of a lake was disturbed at the deepest recorded depth of eight metres, with major damage caused to areas three meters deep.

Davies said he understands why people enjoy wakeboard boats, but encourages people to enjoy such watercraft on bigger lakes.

“To be able to do that activity on an interior lake, it’s a lot of fun, but obviously you have to be aware of where you’re doing it and the damage that you could be causing,” Davies said. “We’re very fortunate in our area because we’ve got the Adams Lake, the Shuswap Lake, Kamloops Lake, Nicola Lake, you know, we’ve got lots of lakes in the area that are definitely suitable for wakeboard boats.”

Alistair Crawford is a boating safety officer with Transport Canada who has been made aware of the concerns from Davies and other lake stewardship societies.

“We get interest from all over the province,” Crawford said. “This type of boat has drawn attention, for sure, because of the way that boat operates.”

Crawford said the Vessel Operation Restriction Regulation is reviewed annually and updated when applications are made. Currently, he has not received an application regarding banning ballasted wakeboard boats on Heffley Lake.

“The application process is lengthy and there’s a lot of components to it, so that process has to go through all the stages in order to make it to a point where the legislation is actually changed,” Crawford said.

Despite how lengthy the process might be, Crawford said it’s possible  the HCLA might be successful in seeing a ban on ballasted boats, as no one has applied to see a specific ban on them in the country.

“This specific restriction that this group may be applying for didn’t really exist before,” Crawford said. “This is actually the first time that this would be applied for….. So this would be a test, if you will.”

Correction: A previous version of this article incorrectly identified Jim Davis as the president of the HLCA, when he in fact the vice president. This has been corrected and the team at SPIN apologizes for any confusion this may have created. 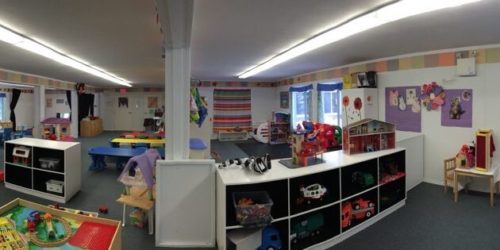 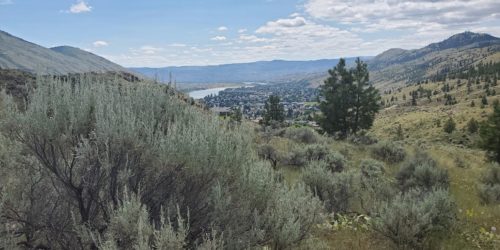 Ticks are out and about