A longtime and dedicated volunteer with the Heffley Lake Stewardship Committee (HLSC) is being recognized for his tireless work to preserve the health of the lake.

Doug Broadfoot, who has lived in Heffley Lake full time for the past 47 years, has been awarded the Outstanding Volunteer Award from the British Columbia Lake Stewardship Society (BCLSS).

“It was totally shocking,” said Broadfoot of learning about his win. “I had no idea, because I didn’t even know that my name had been submitted.”

The award recognizes individuals and groups for their outstanding volunteer efforts to preserve, restore and protect B.C. lakes.

Broadfoot has been working with the HLSC since its inception 15 years ago.

His connection to the lake runs deep. As a kid, his next door neighbour was Jack Shaw, one of the Interior’s most famous and influential fly fishermen. Shaw was friends with Broadfoot’s father, and first told him about the lake over 50 years ago.

Shaw would later teach Broadfoot’s father how to fish.

At the time, there was little beside the Heffley Lake Fishing Resort located on the lake.

A few years after first discovering the beautiful lake, a property became available and Shaw’s dad built a one-room cabin. After he retired, Broadfoot bought the property from his dad and built a home.

Broadfoot is the chairperson of the HLSC, a role he took over several years ago from fellow longtime volunteer Ian Stewart.

Stewart began making key measurements of the lake about 47 years ago, which Broadfoot has continued.

The results of all of the work are submitted to the BCLSS, the province, and kept by the HLSC for their own records.

Every ten days, Broadfoot drops a black and white disk into the lake and records how far down you can still see it. The test measures the clarity of the water.

Broadfoot also collects samples of people’s tap water, which are then brought to a lab for testing.

Broadfoot also takes part in bird counts at the lake, which largely focus on waterfowl.

Another key duty involves keeping track of how many days the lake is completely iced over in a given year.

According to Broadfoot, the results are alarming when you look at them over time.

“I’ve broken it down decade by decade, and we’re now averaging close to three weeks less ice time than when we started,” said Broadfoot.

Broadfoot said that the provincial ministry of environment is particularly interested in this data.

“It goes back for almost 50 years, and it’s showing a definite overall trend.”

Broadfoot said one thing that concerns him is the prospect of Zebra Mussels being inadvertently introduced to the lake.

They are a particularly devastating invasive species that have affected many lakes in B.C. and Ontario and have recently taken a major toll on Lake Winnipeg.

Broadfoot and two other volunteers recently installed signs instructing the public to make sure their watercraft is free of them before entering the lake.

“So last year, I applied to the government for signage to put up and received three metal signs,” he said.

“The message is for people to clean and dry their boats.”

Fergus Alexander, who serves as president of the Heffley Lake Community Association, said that the Outstanding Volunteer Award is well deserved.

“He monitors the quality of lake water and organizes frequent bird counts without any prodding and his reports to the association are always complete and delivered in a timely fashion. Doug’s work ethic is unquestioned. He has always been an advocate for Heffley Lake.”

Broadfoot said that he feels extremely honoured by the win.

He added he owes a major thank you to everyone involved with the HLSC and is proud to be part of an organization with such an active volunteer base.

“I’m very honored, but to be honest, I also have to give credit to guys like Ian Stewart, but also so many others,” he said.

“There’s a bunch of people on our stewardship committee that help out and participate every year. Our association is very active, and they’re taking on all sorts of issues.” 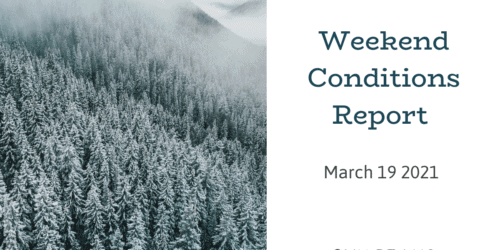 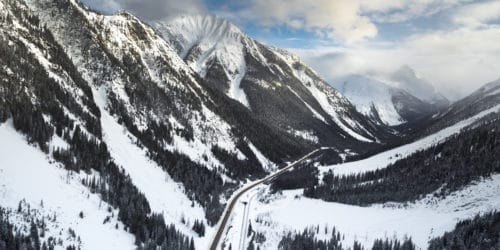