Torsten Schmid, a member of the Heffley Lake Community Association (HLCA) and lake resident for more than 40 years, said this year the lake froze about 18 inches below past years which left many homes’ water lines exposed to the elements requiring costly heaters or sandbagging to protect the lines.

Schmid said if spring is anything like last year’s, with alternating warm sunny days and heavy rainfall, he expected the lake to rise quickly.

In the time he has lived at the lake the spring thaw has gone from taking around seven weeks to about two and half weeks each year.

He said he believes part of the problem is logging in the watersheds.

“There has been substantial logging in our watersheds. The lake will fill fully to the top half of the spillway, more than five feet higher than now. That’s the normal now.”

The sudden spring rise in water levels is behind many of the problems now facing residents. Docks must be carefully secured to shore and shoreline structures are at risk of damage. More timber is also being swept into the lake which clutters bays and congregates around the release at the west end of the lake.

It has also forced more rock work to be done to protect the shore.

“With increasingly high water over the last 15 to 18 years, almost all property owners have done a lot of work protecting their shores,” Schmid said. “Highwater is now two, to two and a half feet higher, we’ve had to rebuild rock work (from in the eighties).”

The volume of water also increases the amount of silt coming into the lake which is raising concerns about water quality.

“(It) is a potential problem for the phosphate loading of the water,” Schmid said. “We may have to change the way we monitor the water.”

Phosphorus-loaded water can be dangerous for humans and animals to consume and may cause cyanobacterial blooms.

HLCA’s goal this summer is to to address some of these issues. A boating committee was formed to track use of the lake in order to compile statistics to be presented to owners and used to create solutions.

The HLCA also has plans to continue strengthening their relationship with the Heffley Irrigation District which holds a license to draw water from the lake for their livestock and crops in the valley.

Schmid said twenty years ago they never imagined they would face the problems they are now but, “That’s the normal now until the logged areas green up.” 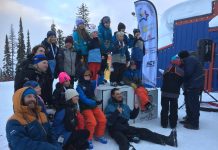 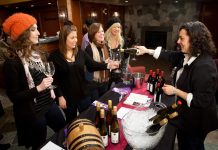