There are several projects planned from the upcoming five year financial plan to keep an eye out for
Jenna Wheeler  | May 6, 2021
0 shares

Update May 10, 2021 — The Five Year Financial Plan was approved in a special council meeting today, May 10. Council also approved the Tax Rates Bylaw amendment, and you can learn more about both by clicking here.

The Five Year Financial Plan was presented to the Sun Peaks Mountain Resort Municipality council on Monday, May 3 through a live-streamed Zoom meeting. You can watch the presentation on the municipality’s Facebook page by clicking here.

Over the course of next five years, the municipal revenue is expected to jump by nearly $1 million, from $6,783,980 in this year to $7,607,900 in 2025. The increase will come in part from rental revenue from the Sun Peaks Community Health Centre and the Sun Peaks Centre, as well as grants and an increase in water and sewer revenue expected once visitors begin to return after COVID-19.

Due to COVID-19, all readings and adoptions for the plan can be scheduled in the same council meeting, which will be May 10.

The financial plan highlighted several projects for the community in the next few years.

Omar Butt, the director of public works, addressed the upcoming projects and expenses of the Public Works division. A traffic circle is expected to be put in place in 2025 at Sun Peaks Rd. and Burfield Dr., with the $1 million price tag being covered by grants.

In 2021, $3,000 will go towards a new security camera at the firehall intersection. Several projects around the valley trails system will cost about $156,000 each, with all being paid for by grants.

“We have a grant application for some gravel trails in the East Village, as well as the Burfield area from skiways to tie into the existing trails,” Butt said. “These trails will only proceed if we are successful with the grant funding.”

Planned electric vehicle charging stations will cost $20,000. The cost would be covered by grants as well as gas tax revenue, and electric vehicle owners would have to pay to charge their car, likely with a credit card.

Battery replacements for solar powered light posts will cost $10,000, and $15,000 will be put towards the construction of speed bumps.

“Some of [the batteries] are five years old and they are not holding as much power throughout cloudy days,” Butt said. “We have also budgeted $15,000 for permanent asphalt speed humps to be paved in the location of our trials last year on Fairways and Burfield, as well as a crosswalk at the Umbrella Cafe.”

Butt then went on to discuss the water and sewage plans and projects over the next five years, including a nearly eleven per cent jump in operating costs from 2020 to 2021. After that, there will be approximately a 1.8 per cent increase in costs per annum.

“In the sewer operating budget, there was a slight increase in 2021 due to adding general advisory costs, trench repairs and maintenance and sewer flushing,” Butt explained. “The rapid infiltration trenches are our only effluent disposal option at the moment we must make sure to maintain them every year.”

Butt noted a Water Master Plan is in the beginning stages, with 50 per cent of the project being funded by Sun Peaks Resort LLP (SPR).

“This plan will also help to define the next 15 to 20 years of our infrastructure to make sure we are prepared for the continued growth,” Butt said.

Butt said the key project for 2021 is to complete the $2.06 million surface water reservoir on top of Sundance Mountain.

“This will provide us with additional water storage to supply for the community and for new development, and will allow us to pump the wells at a more sustainable rate so we can replenish aquifers,” Butt explained.

Next year, new debt will fund the majority of water projects, including a potable water reservoir to be built above Lookout Ridge. The reservoir will cost around $2.5 million and will also be utilized to help aid in fire suppression efforts.

The municipality has applied for grant funding to cover the cost of a $4.5 million pipeline project for the new surface water reservoir, which is also expected to come in 2022.

“We’re hopeful on receiving this grant so we can tie the surface water reservoir into our platter water treatment plant with a new pipeline,” Butt said.

The final large project in the five year water plan is a $5.7 million surface water treatment plant, which Butt said would be funded by Development Cost Charges (DCCs). He explained this project would be further defined once the Water Master Plan is finalized.

A Wastewater Master Plan is also in the works this year, again with half of the project paid for by SPR.

Butt addressed a shift in wastewater focus this year, which will lead to a new snowmaking pilot project for the village. Butt explained why the proposed project— creating a fourth rapid water infiltration trench— was not a likely option within Sun Peaks boundaries, stating the geological conditions were unfit for the project. Instead, public works shifted to focus on the snowmaking pilot project. The $207,040 pilot project would look at the feasibility of using reclaimed water for snowmaking as well as irrigation.

A grant application is in for a $3 million project which would see the construction of a tertiary treatment at the water treatment facility in 2023, which would allow the municipality to use reclaimed water more easily.

Butt also addressed two projects scheduled for 2024, a high-lift pump station and effluent water reservoir on the top of Mt. Morrisey. The projects, $5.5 million and $4.4 million respectively, would be paid for by grants and contributions, though Butt noted the details would be further defined as the Wastewater Master Plan is completed.

Butt then went on to discuss proposed DCC bylaw amendments. Butt explained the revenue from DCCs will be used to offset long-term debt servicing created by the water infrastructure upgrades.

“We updated our DCC bylaw last year, and we’re updating it again to address some of the debt that we’ve taken on due to having to complete these projects before we collected enough DCCs for them,” Butt explained.

An update to the DCC bylaw will come once the debt for 2022 is clearly defined.

After the presentation on public works, Nicky Braithwaite, acting CAO and director of public services, addressed the projects at the recently constructed Sun Peaks Centre (SPC).

“The new conference space and gym facility was ready for opening in mid-December 2020, and of course COVID severely restricted rentals in the conference room, although the gym was able to remain open, which has been fantastic,” Braithwaite said.

Operational costs for the SPC are expected to be covered by the rental fees, grants and property taxes. Still, the revenue for the centre is expected to fall below the cost of expenses, due to some capital projects that are still in the works.

Braithwaite explained the SPC will be receiving upgrades in terms of decor, landscaping and security cameras, as well as a new stage and curtain walls for the arena area. The $1.3 million price tag for the updates will be partially covered by a $700,000 Tourism Dependant Community Grant as well as $361,500 from the gas tax fund.

“We will be building a stage at the north end of the rink which will be funded through a grant, and we will be also adding curtain walls around parts of the rink, allowing indoor use in the summer and shoulder seasons. These curtain walls will also assist in blocking the arena lights from the village walk,” Braithwaite said.

Braithwaite also touched on the 106 per cent jump this year in municipal building and planning expenses in 2021 as compared to 2020. Braithwaite explained that this jump comes from hiring a full-time building inspector, amending several development bylaws, completing the Official Community Plan and funding research and projects for the Sun Peaks Housing Authority.

The municipal administration will be shelling out $33,000 this year for new computers and systems, but only expect to spend $2,000 on such administrative expenses in the following four years.

The fire department will spend a total of $25,000 on rescue equipment this year, which will come from the Fire Chiefs’ Association of BC’s Road Rescue Grant. Next year, the biggest fire department expense will be $14,000 to buy out of a lease for a work truck, and then in 2023, $30,000 will come from gas tax to be spent on repaving the fire hall driveway.

This year, the Sun Peaks School will receive an additional three per cent in tax revenues, with the difference coming from the TNRD and the municipality, each receiving one per cent and two per cent less, respectively

Some of the projects over the next five years will be funded in part by taxpayer dollars, which increased this year for homeowners due to a jump in property values and the planned property tax increase.

Overall, housing assessments in the village increased by nine per cent. The average property values for townhomes and condos jumped by 8.43 per cent to $561,686, while the value for single family homes jumped 8.4 per cent to $1,038,537, on average. Those property value increases lifted the property taxes for homes in those categories by $38 and $71, respectively. Now, the average single family homeowner pays $2,442 in total property taxes, while townhome and condo owners pay an average of $1,321.

Cheryl Taylor-Gale, director of finance, noted the village is expecting to see more growth as developments continue to be built.

“We have set our annual growth at four per cent for 2022 and 2025,” Taylor-Gale said. “We will continue to monitor the growth and update it appropriately.

In 2020, residents were supposed to see a three per cent tax increase, which the municipality decided to defer due to the financial strife caused by COVID-19. Originally, the taxes were to be moved to 2021 and 2022, but Taylor-Gale explained the municipality has again deferred the increase so it will instead be spread over 2022 and 2023.

The Sun Peaks Health Centre will see a 77 per cent increase in expenses this year as compared to last, which will be covered by the Sun Peaks Health Association partnership grants. Taylor-Gale said they expect the grant funding to continue throughout the years, but the plan will be updated as more information becomes available.

Mayor Al Raine noted that the services at the Sun Peaks Health Centre will remain the same regardless of future funding, but the grants would allow for the purchase of new services and equipment.

Although some of the grant funding is still up in the air, the Sun Peaks Health Centre has received $7,500 through a grant from Divisions of Family Practice to provide updates to the clinic.

SPIN will be following up on several aspects of the proposed Five Year Financial Plan. 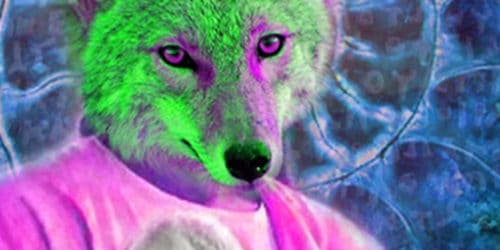 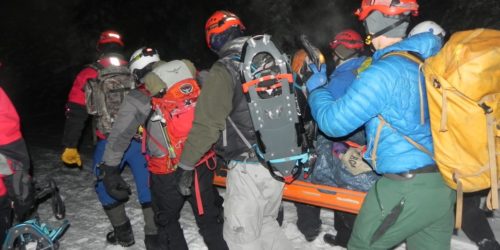