Conservation officers now have the authority to immediately penalize anyone who’s extremely negligent about leaving wildlife attractants on their property.

“Under the Wildlife Act, there’s something called the Dangerous Wildlife Protection Order,” said Mitch Kendall, head conservation officer in Kamloops. “So if somebody has a lot of attractants in their yard—whether it’s garbage or anything that’s bringing dangerous wildlife into proximity with people—the conservation officer will issue an order for the person to clean up (which must be executed within) a timeframe.”

“There’s going to be changes to that so that if the attractants are visible and it appears there’s disregard for human safety by virtue of leaving them out, then they’ll be charged immediately.”

So far, there have been between eight to 10 reports of bear sightings within the Kamloops and surrounding areas monitored by the Kamloops Conservation Service Office. About five of those were identified as problem bears.

A delayed spring means less available food for hungry bears that are coming out of hibernation. This may cause bears to wander into residential areas looking for food, said Kendall.

“If we don’t have green grass . . .  then a bear becomes overly aggressive to protect its food sources—in which case they may have to go to the residences for that reason,” he said.

Kendall said people must eliminate all possible food sources for bears within their properties to prevent the animals from being unafraid of humans.
A bear broke into a house on Burfield Drive on May 8, entering the house through a kitchen window at around 1 a.m. Attempts were made to scare it off using a truck’s horn and vehicle alarm, but the bear was reportedly unfazed.

The homeowner keeps her place meticulously clean, so it came as a surprise that the bear would enter the residence. Kendall said they suspect it was the same bear that wandered through residential areas in Sun Peaks last fall.

A bear trap has been set up to catch the habituated bear as it poses a threat to people’s safety.

“Take your garbage with you. If it’s over a few days old, then start locking it up. Just remove the food sources.” 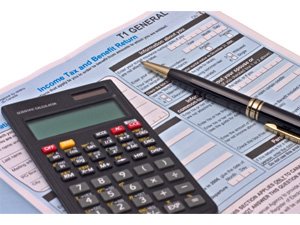