It’s impossible not to feel his contagious enthusiasm for everything in life when you first meet a young para-alpine ski racer named Pramod Thapa. Pramod, or Promo as his friends and family call him, is a slight 17-year-old kid with cerebral palsy that originally hails from Kathmandu, Nepal but now calls Kamloops, B.C. home. It was only after nine years of working tirelessly away from his family that Pramod’s father, Ratna, was finally able to bring his family to Kamloops and that’s where Pramod’s life and that of his family’s has forever changed.

Thanks to an outpouring of support from the Kamloops community, Pramod and his family now live in a fully furnished two bedroom apartment and Pramod attends Sahali Secondary School in the English as a Second Language program. He only started to learn English two years ago. So much has happened in this young man’s life over the last few years, one would think this was his true destiny.

“Pramod and I kind of met by fluke through Dick Taylor and the Adaptive Ski Program I work with at Sun Peaks,” said Jim Knowles, Pramod’s ski coach, mentor and best friend. “Many of the kids we deal with have greater disabilities than Pramod and never really excel to the point that he has. This kid basically got on skis and away he went, there’s no stopping him.”
While other kids both and off the ski hill may take things for granted just for the simple fact that they grew up in a prosperous place like B.C., Pramod is amazed by it all.

“I think his zest comes from not only having new life experiences every day, but also the fact that all of a sudden here he is in Canada, with his family, living the dream. In Nepal they had very little and now he is racing with the Sun Peaks Alpine Club and even has equipment sponsors,” said Knowles. “Here we have a kid who had never seen a hot air popcorn machine before he came to Canada and now he is focused on skiing in the 2014 Para-Olympic Games in Russia, it’s just an amazing story about an amazing kid and I’m thrilled to be part of it.”

Whether it’s mountain biking in the summer or ski racing in the winter, young Thapa has a drive for it all and his drive and hunger for more reflects on all those around him.

“Pramod brings a bright and infectious attitude to the ski club and to all his teammates,” said Sun Peaks Alpine Club program director, John Crichton. “He is the type of para-alpine athlete that’s really unbelievable; his progress even with his disabilities is amazing and he’s improved in leaps and bounds. It’s rare as a coach that you get the opportunity to coach an athlete that drives you to become a better coach or truly for that matter a better person, and Pramod Thapa is one of those kids.” 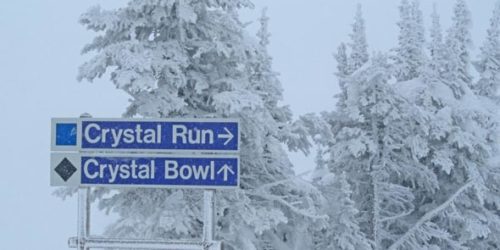