Allow me to introduce myself. I may, in fact, be familiar to some of you. We may have met in person, or perhaps we’ve shared a lift (or drink) on the mountain at some point. If not this, perhaps you know my dad, Bruno? He’s blonde, jovial, Swiss and and a longtime fixture at Bolacco Café—you can’t miss him!

What I’m trying to say is that I’ve been around Sun Peaks for a long time. I learned to ski when the mountain was Tod Mountain and lifties would hand out heavy blankets at the base of the Burfield, a two-person chair with a bar that was apparently there for show only (no one ever seemed to bring it down.)

I snowboarded at the resort throughout high school and even spent a winter living up there after I graduated. That experience— skiing and snowboarding every day, folding pizza boxes at Mountain High Pizza at night— was unforgettable.

After a bunch of time away, I moved back to Sun Peaks for the 2016-17 season, where I worked for the resort and fell in love with the place all over again. It was an incredible season, with more mid-week, line-free powder days than I could ever hope for (not to mention deserve).

That year, I decided to extend my season, so I bought a (since discontinued) spring pass for Blackcomb, and lived out of my car for a few weeks. Apart from a sunburn and some amazing park days, I ended up landing a job interview with the editor at the community’s long-standing, highly-regarded weekly, Pique Newsmagazine. This, to my astonishment, led to my first full-time journalism job.

At Pique, I wrote and learned about issues of interest to ski towns the world over, from the community’s acute housing crisis to severe overcrowding in the region’s parks. I was the beat reporter for Pemberton council and wrote extensively on environmental issues, particularly grizzly bears. One of my first features, on the province’s decision to end the grizzly bear trophy hunt, saw me tag along for a grizzly bear hunt in northern B.C. A bear was killed. (It’s not an experience I’ll soon forget.)

I made a name for myself through in-depth stories. During my three years at the paper, I was nominated for six and won three Ma Murray Community Newspaper Awards, a major distinction in the glamorous world of community journalism. I also published an essay on provincial parks and selfie culture in The Walrus, Canada’s leading general interest magazine.

My job offer at Sun Peaks Independent News (SPIN) came after I completed an in-depth series for the paper. It looked at some of the challenges facing Sun Peaks Mountain Resort Municipality’s water infrastructure, and what it has planned for the future.

The reader-funded story gave me the chance to dive deep into the issue, and shows that the paper is committed to telling the type of challenging stories that decision makers don’t necessarily want journalists to tell.

I am thrilled to be working with an organization that is at the leading edge of developing a sustainable financial model. If the pandemic has told us anything about the journalism industry, it’s that there is huge demand for local stories in times of crises, but that the ad-driven revenue model that sustains most publications is unworkable during such times.

Reader-funded journalism is clearly the way of the future, and SPIN publisher Brandi Schier has been working with a bunch of other smart people to make it work for this publication. If you want to see our publication thrive, please consider giving $15 a month (what you’d spend a lunch out!). It will make a big difference.

Going forward, please feel free to reach out with story ideas or feedback. What’s bugging you? What should SPIN be covering that we’re not? What cool things are happening that you want the public to know about? These are the things I want to know more about, so please, by all means, fill my inbox! You can reach me at [email protected] 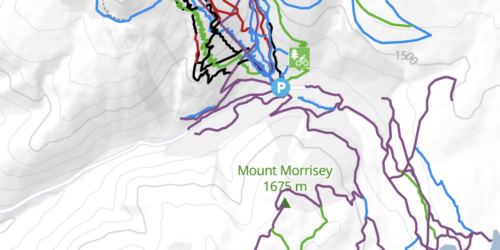