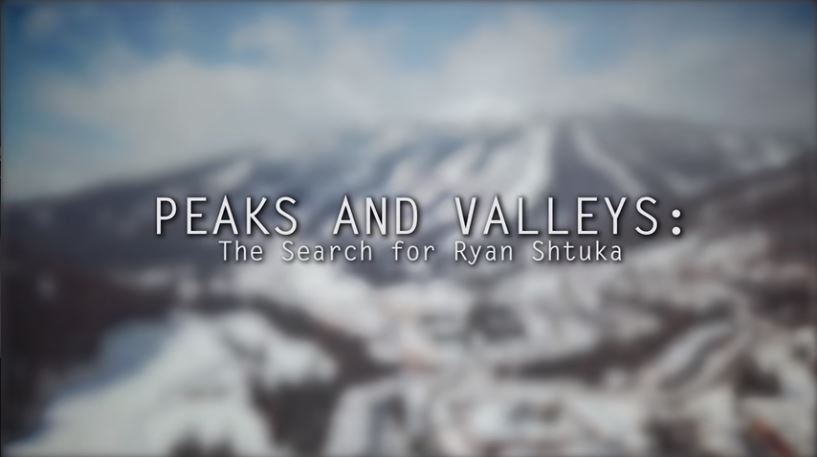 Three Kamloops men have come together to create a documentary on Ryan Shtuka, who disappeared from Sun Peaks February 17.

Jared Featherstone, Russ Walton and Allan McVicar are childhood friends who share talents in video, sound and story telling and wanted to find a way to use their passion and skills to share Ryan’s story.

“We saw how the community bonded and were really inspired to help out anyway we could to bring the story forward,” said Featherstone.

The documentary, titled Peaks and Valleys: the Search for Ryan Shtuka, is currently up for a grant from Storyhive, a national program funded by Telus which pays for producers and filmmakers to create their projects. If selected, by voting online from July 30 to August 2 or by jury, the could receive $50,000.

The proposed film will investigate Ryan’s disappearance, introduce those involved in searching and focus on the various communities impacted by the tragedy. They will interview Heather and Scott Shtuka, Ryan’s parents, Alan Mole, search leader from Kamloops Search and Rescue and James Maxwell, Ryan’s roommate.

Featherstone said if they are awarded the grant the project will begin as a 20 minute short documentary but they are interested in creating something longer.

“As long as the story goes we’ll keep following it,” he said.