The Indigenous Sport, Physical Activity and Recreation Council (I-SPARC) recognized six Indigenous athletes under 25 from the B.C. Interior this spring.

James Hamming, a 20-year-old Kamloops’ snowboard cross athlete from the Splatsin First Nation received the award for demonstrating excellence in sport, education, culture and promoting a healthy and active lifestyle.

The video can be found on YouTube by clicking here.

Hamming has been on the provincial snowboard team for three seasons and placed second in a Big White snowboard cross provincials event in February 2020. In Finland, he placed 30th in the world in snowboard cross, according to the video.

He is also a member of the First Nations Snowboard Team which frequents Sun Peaks Resort and balances snowboarding with coaching and mentoring young athletes while working toward gaining his red seal in carpentry.

“I would like to say thank you for this award of excellence in sport, thank you to Meghan Hebert for the nomination, thank you to my mother for financial support and thank you to I-SPARC for organising,” Hamming said in his acceptance speech. 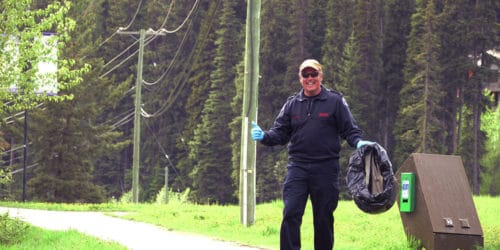