Oh, hello Winter, nice to see you, it’s been awhile. What’s that? You missed me too? Ah winter,you say the nicest things.

Ever since I was a kid, the smell of autumn has brought the tingle of what’s to come. Before I’d ever put my foot in a ski boot, winter already had a grip on me. My neighbourhood was filled with enough kids to make up at least two decent sized road hockey teams and we all loved the cold white stuff, and the recreational opportunities winter presented.

We used to joke you could tell what season it was in our neighborhood by what we threw at one another. In spring and summer, it was crab apples. In the fall, chestnuts. Winter was all about snowballs. If you’ve ever been hit by a well thrown crab apple or chestnut, you’d have to agree, snowballs hurt much less. Winter was the best!

After a fresh snowfall you could hide behind snow banks at stop signs, when a car, or better yet a bus, pulled away, off you’d go. Grab the bumper and see how many blocks you could ride for. We called them “hookies”. It was a rite of passage on the East Coast.

So were “rubber nets;” we had a brook in the neighbourhood that would freeze over. Before the ice got so thick that it would support a herd of 12-year-olds, we used to run across, from bank to bank. The idea was to make it across without breaking through the ice. Hence the name, rubber nets. The ice would get rubbery as it weakened, more than a few “double-dog dares” ended in wet feet and pants. Ah, life before the internet. It’s a wonder we even survived.

So, it’s been a thing of beauty to realize that the feeling hasn’t ebbed. As a semi-responsible adult, I still get the same tingle when the days get short and the nights get cold.

That’s why the Sun Peaks Winter Kick Off Camp gets me amped every year. It’s a chance to get out on the hill with around 75 like-minded people. For those who aren’t familiar, the camp is a three day ski improvement workshop. Now in its fifth year, it’s become an annual event.

For many people it’s the way they get their season started and how they knock the summer rust off. What makes this camp special, apart from the awesome early season snow we get each year, is the quality of coaching staff.

The coaches bring a wealth of experience to the table, all are seasoned professionals, and each has a lifetime of ski teaching under their belt.

The camp also gives people the opportunity to learn a few new tricks off snow. This year we had a ski tuning clinic, a boot-fitting workshop and a stretching/myofascial release session for campers to choose from. Our camp dinner was a delicious mountain top fondue at Sunburst Lodge, complete with live music by the ultra-talented, father daughter duo of Madison and Dave Olds. After dinner, a moonlight ski back to the village was a highlight for most guests.

While my winter has a different focus than it did when I was a kid, it’s nice to know that the 12-year-old me still comes out to play when the lifts start turning. If there’s a fountain of youth, I think the Kick Off Camp helps me tap into it. Maybe next year our extra-curricular activities should include snowball fights, hookies and rubber nets. 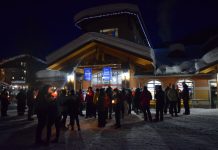 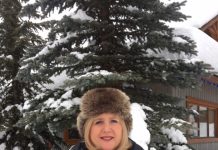 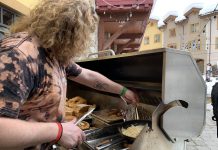