Know what to do to prevent drowning

Children must be monitored closely in the water. “Drowning is the third largest cause of preventable deaths for children under 10 years,” says Glen Cheetham, Kamloops’ aquatic programs director.

Knowing how to spot a drowning person and how to avoid being a victim yourself is important. Each year, 80 to 100 people drown in B.C., and 500 die in Canada from water-related deaths. Many of these deaths could have easily been prevented.

“Unfortunately, a lot of people have the attitude that ‘It won’t happen to me,’” said Dale Miller, executive director of the B.C. and Yukon Lifesaving Society, a not-for-profit organization that provides lifeguard training and promotes water safety. “There’s 80 to 100 people each year that thought that too, but it did happen to them. You almost need to plan as if you will be dumped into the water unexpectedly, and make sure that you’re ready for that possible occurrence.”

The easiest way is to know your environment before you use it. Because conditions vary widely between a backyard pool and a lake, a person must always look out for potential safety hazards before diving in.

“In lakes, rivers or streams, there are additional hazards you really need be aware of—whether that’s currents or debris or hazards on the bottom,” said Glen Cheetham, City of Kamloops’ aquatic programs director.

Parents should always keep a close eye on their children when in or near the water. “Drowning is the third leading cause of preventable deaths for children under 10 years of age,” said Cheetham. “Parents need to establish rules that must be followed when children are around the water, and make sure your children have a healthy appreciation of the risks.”

Gadgets like the Safety Turtle can be useful as an additional safety precaution when spending time near the water. The Safety Turtle is a device worn on the wrist that sounds an alarm if a child accidentally falls into water. However, this tool must never replace proper supervision and other precautions.

It’s also a good idea to install a fence or gate around backyard pools to prevent accidental drowning. This is mandatory in many cities, including Kamloops.

There are many ways that a child can have access to a pool. Cheetham says it’s crucial that parents become aware of possible scenarios and to put safety measures in place to minimize the risk.

Boaters are another high risk group for accidental drowning, especially when alcohol is involved. A Red Cross Canada drowning report says that nearly a quarter of drowning victims had blood alcohol levels above the legal limit.

“We say it every year but unfortunately, it’s very common to take some booze out on the boat and it becomes a party in the water. But it can quickly become a tragedy in the water as well,” said Miller.

“What a lot of people don’t realize is that when they’re caught drinking and boating, it can affect their driver’s licence as well,” he added. The penalty is no less than $600 for a first offence. You may even be prohibited from operating a vehicle for up to three years.

Wearing a lifejacket or an approved personal flotation device (PFD) is crucial.

“Swimmers or non-swimmers, wear your lifejackets. You can’t go wrong wearing a lifejacket,” said Mario Vittone, marine safety specialist. “Ninety percent of the people that do drown in boating accidents are the ones not wearing their lifejackets.”

Transport Canada requires boaters to have appropriately sized lifejackets or approved PFDs for every person in the boat. While they’re not required to be worn at all times, Miller said it’s a good idea to wear them anyway.

“Our strong recommendation is that they be worn since so many of the drowning occurs when someone unexpectedly gets dumped into the water,” said Miller.

If you love recreating in the pool, rivers and lakes, it’s a good idea to invest in swimming lessons.

“We see that most of the time, the people who have drowned are in the company of others,” Miller said. “And unfortunately, the other people with them have either not known what to do, have no training or fear of becoming victims themselves and were unable to help.”

While it’s great to go boating and swimming in the summer, keep in mind that it also has its inherent risks. Remember these tips and enjoy the waters safely. 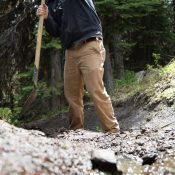 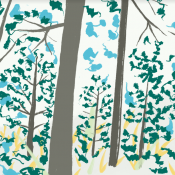 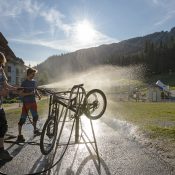 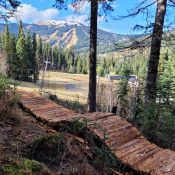