The Brett Tippie Podcast is a brand new, interview style podcast with a vision to deliver authentic mountain biking history mixed with stories of modern free riding and racing from athletes, along with Brett Tippie’s own stories, dad-jokes and listener questions submitted via Instagram.

Brett Tippie is a professional Kamloops and Sun Peaks-bred mountain biker and snowboarder who played a key role in turning the sport of mountain biking on its head. Tippie is now contributing to the sport by recording a unique podcast.

Tippie has been told a million times he should start a podcast considering his depth of experience of hosting Pinkbike shows, commentating for events such as Red Bull Rampage and Crashed Ice, the BC Cup and Canada Cup downhill mountain bike circuits, BMX World Cup finals, World Cup ski races and a myriad of other mountain biking events.

“I get along with my fellow riders and peers,” explained Tippie. “I think I have a knack for keeping the conversation rolling and I pull things out of people that they may not divulge to anybody.”

“I’ve been around and I know a lot of these riders, I know what went down and I think what might be cool about my podcast’s is that people can’t BS me because I was right there. I was around and I knew what was going on so people got to tell it like it is,” Tippie explained.

“I know little tidbits about people and their accomplishments, the ups and downs and whatnot so I can draw attention to that and reference it in our conversations, no podcast will have more history than mine,” Tippie said. “I’m a mountain bike nerd…I’m trying to keep on top of what’s happening recently [and] the latest trends.”

“[Agassiz] really let us into his brain of what it was like to be in Rampage,” Tippie explained. “He qualified three times in the top position but never won the whole thing. One time he almost won. He had to land one last jump: a giant three sixty [and] if he would have landed we would have won Rampage, He also let us behind the scenes of what was going through his brain as he was doing flips off of 40 footers, which is insane.”

Tippie, alongside his partner Sarah and producer Mike Warner, will produce at least 50 episodes, as per their contract with sponsor Ride Wrap, which are released weekly on ‘Tippie Tuesdays.’

Listeners can find the podcast for free on Spotify, Google Podcasts and will soon be made available on Apple Podcasts. They can also watch the podcast on YouTube.

Fans of the show can also pay to subscribe to additional content and special features, one of which include Tippie’s favourite moment from his podcasts so far, where he beat Beat Canada’s top downhill mountain bike racer and two time Jr. World Cup Overall Champion, Finn Ile’s, in a race… a Red Bull shotgunning contest.

“There will be some other comedy stories as well. I’m going to tell a bunch of stories from my own particular past called ‘Retro Brettro’ so there’ll be some depth and very cool bonus material,” Tippie added.

One of the stories Tippie teased was from his childhood where his dad selflessly worked a second job to provide Tippie with something that would change his life forever.

To avoid spoiling the story for listeners, they’ll have to subscribe and tune in to the additional content on www.theBrettTippiepodcast.com for more. 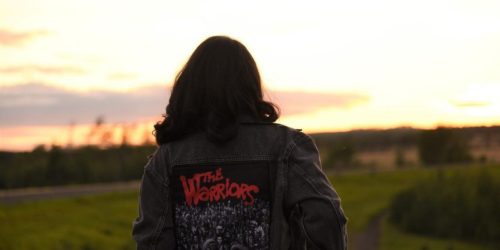 An offering of love in a time of collective grief 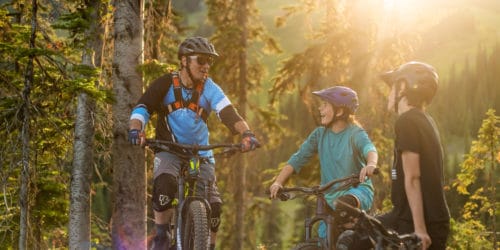