Independent businesses in Sun Peaks are bracing for the prospect of a potentially devastating Christmas season, as rapidly changing orders around inter- and intra-provincial travel hold the potential of cutting off visitation from the Lower Mainland, as well as Alberta. Earlier this week, provincial health officer Dr. Bonnie Henry announced recommendations against non-essential and recreational travel throughout the province, in addition to an already standing order against travel to or from the Fraser Valley Health (FVH) or Vancouver Coastal Health (VCH) regions.

Matthias Schmid, owner of McSporties rental and retail, said the prospect of the Lower Mainland and other regions being cut off for the long-term would have a significant impact on local businesses, many of which reported a strong summer season fuelled by domestic travellers after having had to shutter their businesses in March.

“During the summer months Sun Peaks saw a ton of traffic front the Lower Mainland. They were coming to do the VRBOs, they were renting bikes and hiking,” said Schmid.

“The Lower Mainland really fed Sun Peaks this summer, so I would say that’s a major artery for us that’s cut off.”

Horgan also called for the federal government to implement restrictions on non-essential travel between the provinces.

The conference came on a day that B.C. saw a record high of new COVID-19 cases, with 762 cases announced.

Horgan also said the two week order against travel outside of the VCH and FVH  regions will be extended for an additional two weeks or more.

The original two week order, which covered from Nov. 7 to Nov. 23, stated that travel outside of the region should be limited to essential travel only.

Schmid said the rapidly changing situation has caused significant challenges from a planning perspective, as clients from around B.C. and other provinces  face uncertainty about whether or not they will be able to come to the resort.

“It’s really hard,” he said. “That’s probably the most challenging thing I’d say, it’s the lack of sort of being able to plan.” 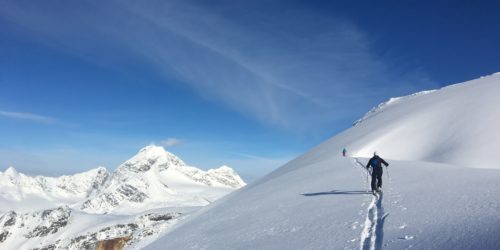