Skis aren’t in as high of a demand during the pandemic as bikes were last summer, but McSporties is seeing high interest in backcountry gear

McSporties ski shop located in Sun Peaks is facing a difficult winter but making the most of it after they received early season support, experienced a decent holiday shopping season, and continue to see a collective effort from everyone to help keep the ski resort open.

Matthias Schmid, owner of McSporties, knew that without the typical amount of tourist traffic this season, sales wouldn’t be as good as in years past.

“I really didn’t foresee [the borders] opening so I had adjusted for that projection,” explained Schmid.

They started the season with less stock than usual even though the spring, summer, and fall were ripe with people buying record amounts of outdoor gear and provincial health officer Dr. Bonnie Henry continued to push the message that outdoor recreation, including skiing, was safe.

“Nobody could get tubes, tires, [chain] lube. It was a crazy bike season that blew the doors off of everybody,” Schmid said. “People were really eager to get ready for the winter but skis just don’t take the same amount of maintenance a bike does…it’s a much quieter winter than it was summer for sure.”

McSporties has been regularly able to restock ski gear (although sometimes delayed by shipping), but has noticed an increased interest for backcountry gear.

Fall was also a time when Kamloopsains were coming up and getting their first or second pair of skis, he explained and added the holiday shopping season was better than anticipated.

As for the rest of the season, Scmid said he is taking it day-by-day and is grateful for all the regular customers, hard working staff, COVID-19 policies put in place by Sun Peaks Resort LLP and everyone’s continued adherence to them so the resort, and his shop, can remain open for business. 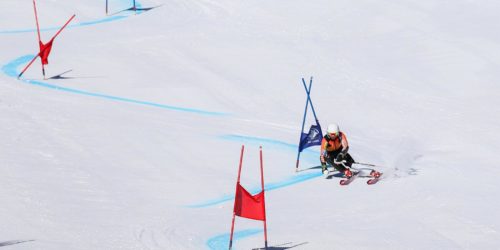