Amateur racing in Sun Peaks is going strong despite the cancellation of the Friday Race Series.

But according to the head of the Sun Peaks Sports School, the Monday Masters Series is going strong and has actually grown in popularity this season.

Ron Betts, ski training co-ordinator, said the masters series is benefitting from the growth of the community, with more people choosing to spend their winters up here.

Betts said there is a strong social side to the program and that it gives people an opportunity to socialize outdoors in a safe way.

“We’re missing pretty big parts of our lives socially, and I think that getting together in a group like this, outdoors and in a healthy way, is positive for people’s mental health,” said Betts.

The eight-week program is open to all aspiring racers 18-years-old and older.

That being said, the masters series tends to attract the over 50 crowd.

Sessions last about four hours and participants receive skills training. They are also given the opportunity to ace slalom or giant slalom courses, depending on the day.

Betts said that one of the positive aspects of the program is that it promotes physical fitness among participants.

“I think that anyone who’s doing the program has got to be doing some sort of physical fitness,” said Betts. “They may not be in a full gym program, but they’re likely getting up early—they’re stretching, they’re warming up, they’re staying limber.”

The program is being led by Matthias Schmid.

Schmid has a long history in ski racing, having raced and coached with the Sun Peaks Alpine Club. He now owns and operates McSporties.

“He’s a super dedicated racer and I think a lot of the gang respect him because they’ve seen him ski,” said Betts of Schmid. “He kind of walks the walk and talks the talk.”

Betts said it’s particularly cool having Schmid involved given the integral part that the McSporties has played in Sun Peaks’ race scene over the years.

“I don’t think it’s even fair to talk about ski racing in Sun Peaks without mentioning Ian McLaren, who is the original owner of McSporities,” said Betts. “McSporties has always had a bit of a race lean to it, so for me it feels like a really natural fit and appropriate lineage, from Ian McLearan—who was the race guy at Sun Peaks—to now Matthias being in there.”

Betts said he would like to see the series continue to grow, and potentially establish some sort of race series or competition that would see participants compete against their counterparts in other resorts.

“Ideally, we’d like to be able to host a race where we can bring in other masters racers from all over, from Silver Star, and Big White,” said Betts.

Betts, who spent years spending his offseason coaching in Australia, said he thinks this could be a good fit for this part of the world.

“We used to take the team that I coached every year to nationals, and it was fun,” he said, speaking of his time down under.

“It was a fun thing for the gang to kind of test themselves against other people and see how they’re skiing. And I think it’s a good kind of thing to aspire to for us here at Sun Peaks.”

There are still dates left for this season’s masters series on February 22 and on March 1 and 8. 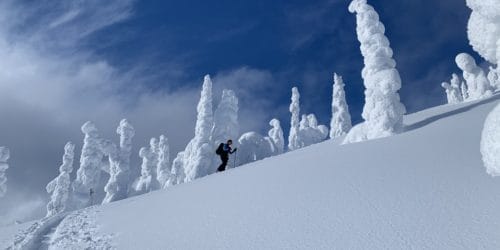 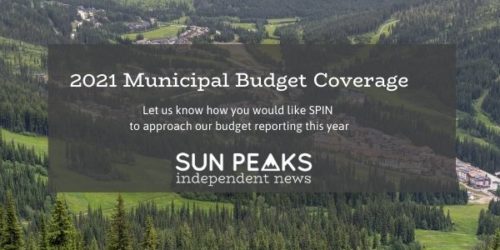