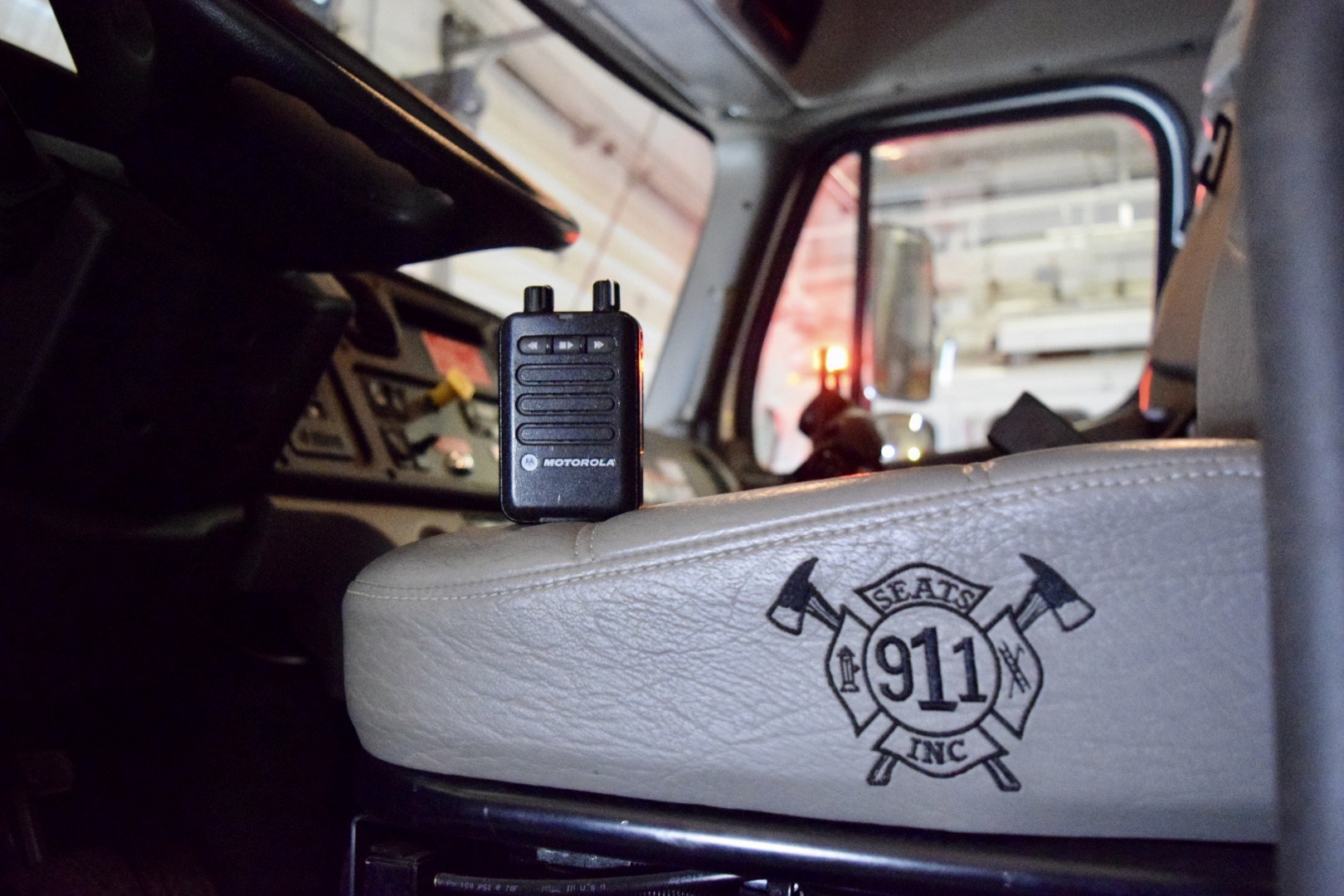 SPFR regularly not being dispatched to medical and motor vehicle incidents

When a friend of Jason Davies called him after rolling their car near Whitecroft, around 10 minutes from Sun Peaks, he got there as fast as he could. He expected Sun Peaks Fire Rescue (SPFR) would be there soon after.

The car had rolled multiple times off the road and through trees. A nearby farmer called 911 and told Davies an ambulance was on the way.

They assumed that by calling 911 an ambulance would be dispatched from Kamloops and SPFR would be sent from Sun Peaks for a faster response.

“I was expecting them there first for sure, I even said to her ‘you’re going to be in good hands, I know whoever is coming down the mountain right now.’

Around 40 minutes later an ambulance arrived.

SPFR was never dispatched to the call and was unaware of what happened until Davies told them the following day.

Data obtained by SPIN through freedom of information requests and from BC Emergency Health Services (BCEHS), which oversees BC Ambulance Service (BCAS), shows what Davies hoped would be an anomaly, a slip up in the many calls SPFR and the BCAS respond to every year in Sun Peaks and the Heffley Louis Creek valley, is anything but.

Between Jan. 1, 2015 and Dec. 31, 2019, an ambulance responded to Sun Peaks village approximately 500 times without dispatching SPFR. BCEHS was unable to confirm an exact number.

Had SPFR been paged to those 500 incidents it would nearly double their call volume, however it can be assumed some did not warrant SPFR response.

In 2019 alone an ambulance responded to the municipality, Heffley Lake and Whitecroft around 135 times, excluding when they attended calls for patients from Ski Patrol.

That leaves just over 60 people who called 911, potentially expecting SPFR members to attend promptly, waiting and confused when only an ambulance arrived.

When comparing call data it can be challenging to exclude ski patrol’s calls for an ambulance to transport one of their patients, but even a large margin of error points to dispatch not sending SPFR for a number of calls where they could assist patients or manage a scene before an ambulance can drive up the mountain.

The cause for the discrepancy isn’t immediately clear or easy to pinpoint however, changes made to the dispatching criteria in the spring of 2018 may play a role.

The switch to the Clinical Response Model (CRM) has dispatchers, based in Kamloops, Vancouver or Langford, triage calls into one of six levels with corresponding colours. It’s a system meant to ensure services are used appropriately and responders are available when serious calls come in.

The colour code of the call is meant to dictate which resources attend. Purple and red calls are to be attended by the highest level of care available while orange and yellow should be attended by primary care paramedics or emergency medical responders (EMR).

According to a slideshow published by Neil Lilly, senior provincial executive director of patient care, communications and planning, the CRM criteria state firefighter first responders will be dispatched to calls which include any call triaged as purple or red, any orange calls where an ambulance is likely to take more than 10 minutes to arrive, and any motor vehicle accident, among others.

According to BCEHS in Sun Peaks the median response time in 2019 was 28 minutes and 10 seconds for immediately life threatening or time-critical (red or purple) calls. It would be expected by their own guidelines that SPFR is sent for all orange and potentially yellow calls.

Under the BCEHS CRM criteria, SPFR should have attended the motor vehicle incident Davies responded to, and potentially dozens of others.

It would also be assumed SPFR would be sent to a guest who was unconscious and foaming from the mouth at a hotel or even a guest at another hotel who went unconscious with a suspected seizure. However, in both incidents that occurred this winter, SPFR was not asked to attend the call by dispatchers, despite each caller specifically asking for SPFR to attend.

SPFR chief Dean Schiavon confirmed their responders could have helped in either case, completing a patient assessment, monitoring vitals, and relaying details to BCAS before they arrive.

One hotel employee who has called 911 and been told SPFR cannot be dispatched this winter said it’s frustrating.

“When you’re calling for an emergency response team you’re in a high-stress situation, you’re trusting the system to get you assistance quickly,” they said. “However, being in a rural community, there’s a bit of a wait for help. I find it frustrating that when I call 911 our local fire department isn’t being dispatched unless I specifically ask for them. 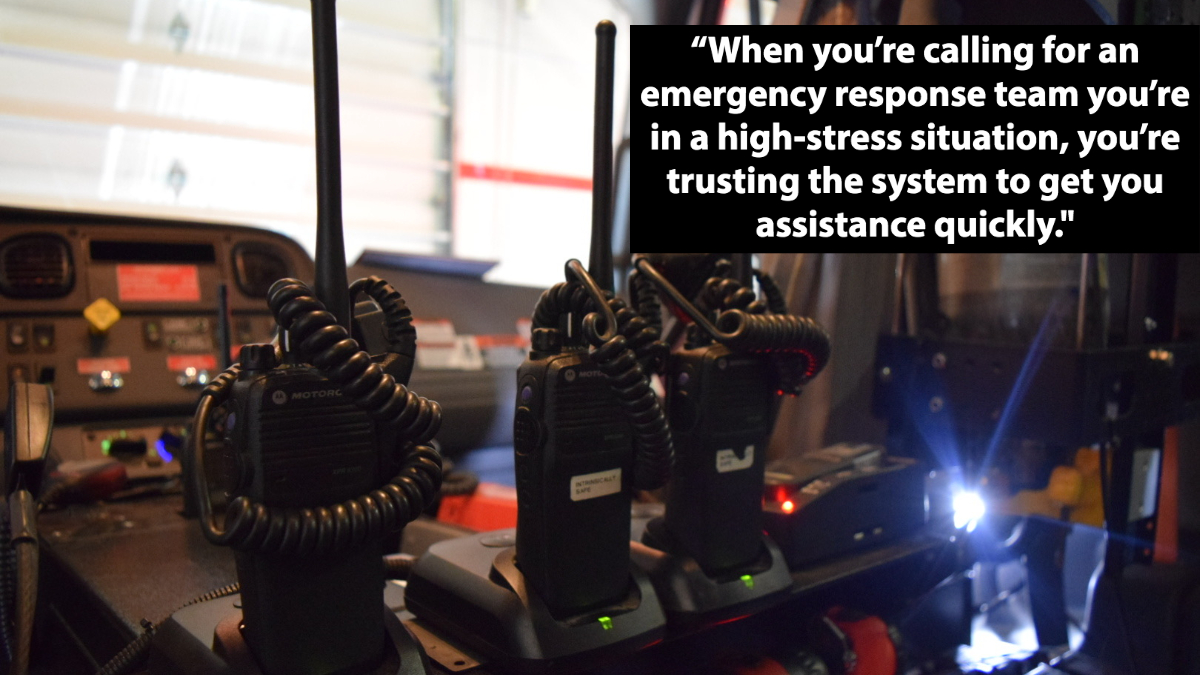 “I learned after my first time calling 911 for a guest that the local fire rescue team wasn’t dispatched and the paramedics were coming from Clearwater, B.C. The wait seemed never-ending, I’ve now adapted and specifically request Sun Peaks Fire and Rescue to attend my calls,” they added.

SPFR not being notified seems even more confusing because many members are trained to the EMR level as part of a pilot project started in 2011.

Schiavon said of their 25 volunteers and three paid members SPFR currently has 10 EMR trained members, in addition to members with other medical training such as primary care paramedic or first responder level three training.

The EMR training comes from a 120 hour course valued at around $2,000 that is often provided by in house instructors, a cost covered by tax payers.

“It totally concerns me because we’re here to provide a service and help,” Schiavon said. “A big focus for us is medical because of the distance to town.”

BCEHS did not respond to requests for an interview.

In other areas of the province that have seen a change in how often firefighters are dispatched to medical or other calls, municipalities or fire departments have spoken out against the changes to the CRM.

Schiavon said posters hanging at the Justice Institute of B.C. instruct people to call specifically for firefighters after calling for an ambulance to attend as they can arrive faster.

“It should be one call and get dispatched out,” he said. “I want them (callers) to use 911 as it’s intended. If they’re calling for a medical call, if the system’s working right, we should be dispatched. I want to make sure we’re being dispatched out properly for the calls we should be going to.”

Investigative journalism like this takes time and money to produce. As a newspaper that relies on local business advertising, COVID-19 has hit Sun Peaks Independent News hard. By purchasing a yearly membership before April 10, you’ll not only be saving independent news in Sun Peaks, but building a new, digital, reader-supported model that serves our community better. SUPPORT SPIN NOW.