Nominations for Tourism Sun Peaks’ (TSP) board of directors have been submitted, and an election is being held to appoint two positions.

In March, TSP sought nominations for four positions on its board. Since the residential and non-hotel lodging categories received two nominations each, the decision will come to a vote.

Advanced voting is open until June 19, and successful candidates will be announced at TSP’s annual general meeting (AGM) on June 23. Any TSP member can vote, but only one vote per property is allowed.

Nominees this year include returning board members and residents who are newer to the community.

For residential director, the first nominee is Omar Butt. He moved to Sun Peaks with his family three years ago and currently works as the director of public works for Sun Peaks Mountain Resort Municipality.

Butt has a certificate in auto service and diplomas in computer information systems and civil engineering. He previously worked for the City of Edmonton and for construction contracting companies, with a focus on land development and road construction.

Butt said his wife and three kids spend as much time on the mountain as possible and are all avid snowboarders. He hopes to help Sun Peaks take a step forward in tourism and infrastructure.

The second nominee for residential director is Tom Kramer. Currently, Kramer is the CEO of process equipment provider Smith Cameron Group and a partner in an addiction recovery centre on Vancouver Island.

Kramer was previously the president of Canadian Utility construction, director of Northern Pipeline Construction and the division manager at a construction equipment supplier in the U.S.

Having grown up ski racing in Alberta, Kramer said he loves the mountains. He has lived in many cities across Western Canada and the United States, but now calls Sun Peaks home alongside his wife and two sons.

For the position of non-hotel lodging director, the first nominee is Reiner Brecht. He has served on the TSP board for over 10 years and is currently the past chairperson.

Since 2007, Brecht has been the owner of Bear Country Property Management in Sun Peaks. Bear Country manages short-term rentals for condos, townhouses and single standing homes, and manages the Hearthstone Lodge and Cahilty Hotel.

Before moving to Sun Peaks, Brecht studied economics in Switzerland then worked in real estate in Germany and with various hospitality enterprises across Canada.

The second nominee for non-hotel lodging director is Lise-Anne Mack. She is a new homeowner in Sun Peaks, and brings with her over 20 years of experience in business operations, financial governance and technology adoption.

Mack said she has a strong understanding of consumer needs and has insight into Asia Pacific, European and North American markets. Mack added she’s skilled at working with cross-functional stakeholders to provide guidance of leadership.

Mack and her husband have strong connections to Sun Peaks and would like to bring her experience to the board to help advance the community.

There are also a number of board members only one year into their two-year term who were not up for nomination this year.

For more information on the AGM, nominees or voting procedures, visit sunpeaksresort.com/tourism-sun-peaks.

Correction: Please note that an original version of this story stated there would be in-person voting at the AGM. This has been updated to clarify only advanced voting is permitted. 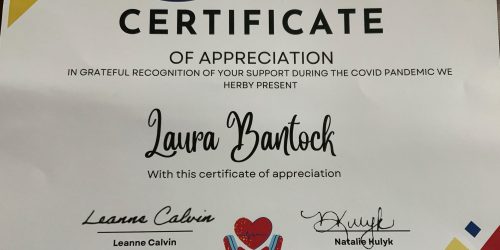 Executive director of health centre recognized for work during pandemic 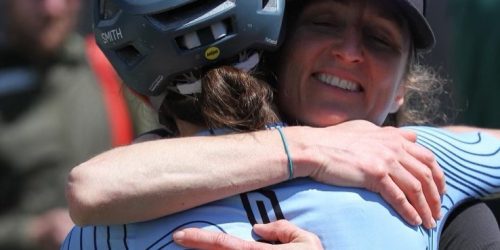