On the night of Feb. 14, a water main underneath the Crystal Forest housing development burst, reducing the pressure zone three (PZ3) water reservoir level from 87 per cent to 35 per cent in just over an hour, resulting in a total water loss of 770,000 litres. The leak caused extensive damage in several units in neighbouring McGillivray Creek housing development, shut off water throughout the East Village and caused water disruption for several more days in Crystal Forest.

Despite the large amount of potable water released, Sun Peaks Mountain Resort Municipality (SPMRM) said it took only a few days for PZ3 to fill back up with water for the community.

“Currently, we have access to Sun Peaks Resort’s snowmaking [water] reservoir, which allowed us to produce more water after the loss,” said Omar Butt, SPMRM director of public works.

Without the help of the snowmaking reservoir, and if the tourist season were under normal circumstances, the demand for water would have been much greater and refilling the PZ3 reservoir would have been more difficult and lengthy, said Butt.

He said it’s unclear what caused the water main break to burst, but suspected poor pipe bedding, compaction and backfill material may be the culprit.

“I cannot comment on what measures were in place for inspection of construction practices prior to [SPMRM] taking over the utilities in 2018,” said Butt. “Now that SPMRM is in control of the utilities, we can inspect all new infrastructure that is tying into our system to ensure proper practices are followed. Infrastructure age is not nearly as important as installation and construction techniques.”

Since the burst occurred on private property, it was the Crystal Forest property strata’s responsibility to repair the break.

“With the pipe being buried 10-12 feet underground it’s impossible to predict or even prevent something like this [from] happening, and the cause of the pipe cracking was out of our control,” said a statement from the strata council distributed by CML Properties, who manages the strata.

The statement also sympathized with those who were affected by the water main break and thanked the crews who worked to repair and restore water to the complex, but did not answer how residents’ strata fees or insurance rates might be affected.

As for other Sun Peaks stratas, Butt said it’s a good time for them to learn about their infrastructure and to maintain catch basins and sewer systems to prevent failures.

“Strata management should have utility maps to quickly locate infrastructure in case of an emergency. They should also keep an eye on water usage to be able to determine when a smaller leak in the system might occur.”

To detect leaks and prevent water over-usage that cannot be seen or heard, Butt said an easy way to check is to put a couple of drops of food dye or colouring in the toilet tank and see if any of the colour appears in the bowl within 15 minutes.

Butt also advised that stratas maintain a budget with the means necessary to deal with similar situations, as well as proper insurance.

He asked that homeowners keep in mind that SPMRM is not responsible for the plumbing or gas fixtures in residences, although they do work closely with certified plumbers and gas fitters in Sun Peaks. The only piece owned by the municipality is the water meter.

“The municipality reads gas and water meters once a month for billing purposes and during property sales. Homeowners should keep access to the gas meter and water meter reader on their properties clear for our staff.” 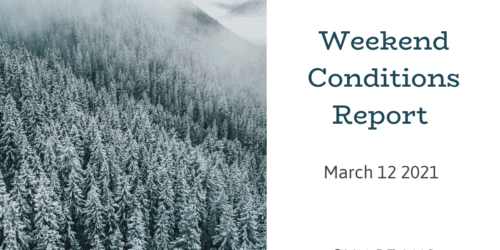 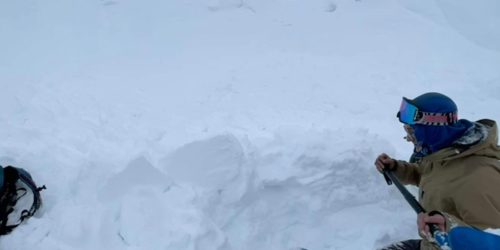 Backcountry no place for complacency