Sun Peaks Mountain Resort Municipality (SPMRM) and the Little Shuswap Lake Band (LSLB) have taken a step to formalize their partnership with the signing of a protocol agreement between the two governments.

At the Nov. 3 SPMRM council meeting the agreement was presented to council.

Created with funds from a Union of British Columbia Municipalities community-to-community grant, the document is a way for both to formally commit to working together in the future and establish shared priorities.

Five key shared goals are outlined in the agreement.

The first is to maintain and build upon a long-term, co-operative government-to-government relationship and open communications. The second and third are to work collaboratively on economic development opportunities and new recreation, tourism, cultural, educational and marketing opportunities and improved access between the two communities.

The fourth goal is to provide a strong and united voice to other governments on common issues and work on a revenue sharing agreement with the province in regards to taxes and other payments to the provincial government.

The fifth and final goal is to improve community relations and cultural awareness.

In addition to the five overall goals, opportunities for collaboration were identified.

A road between the communities, a cultural installation at the Sun Peaks Centre, a gas station and land acquisition for eco-cultural tourism development in the McGillivray Lake were all identified as high-priority.

Also included in the document are a number of agreements such as to be open and honest about interests, values and desired outcomes, to honour and respect each other’s interests, commit to work together instead of in isolation and to participate in annual meetings with each other. 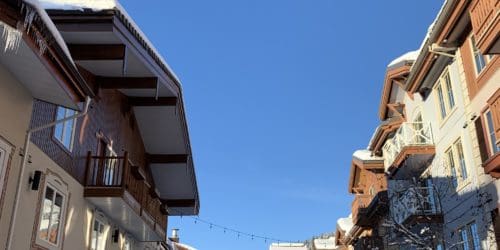