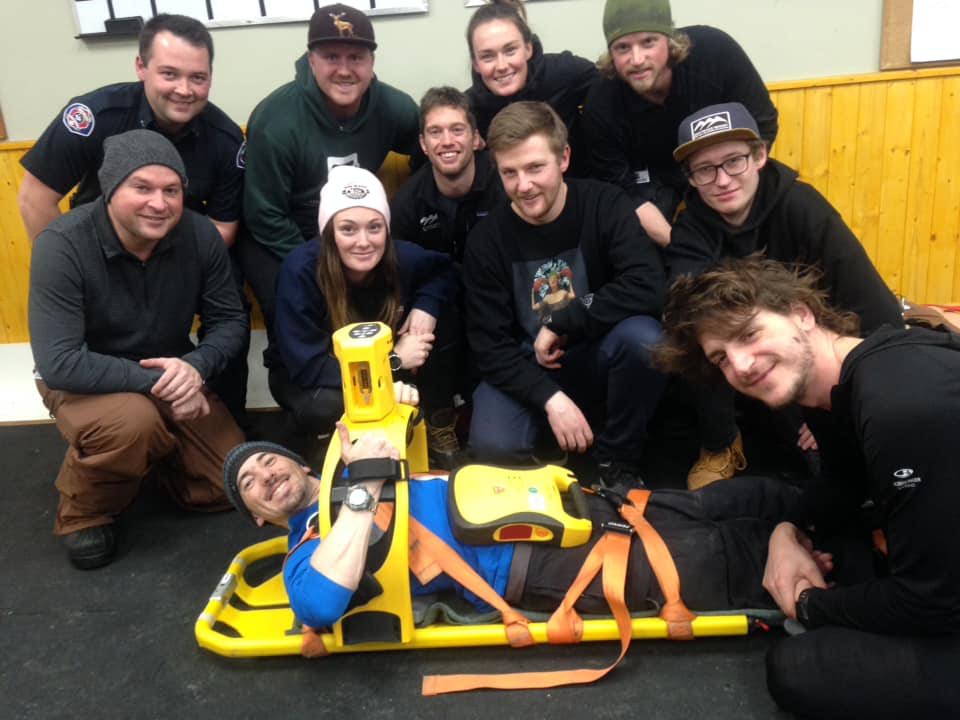 When the Sun Peaks Mountain Rescue Society (SPMRS) was created in 2017, founder Chris Mark was inspired by the goal of purchasing a large but important piece of equipment for the community.

Just over a year later the group has met that goal and Sun Peaks is now on the cutting edge of pre-hospital emergency medical care thanks to the purchase a device, known as a Lifeline ARM. The portable automated cardiopulmonary resuscitation (CPR) machine provides continuous high-quality chest compressions to people in cardiac arrest.

Ultimately, SPMRS donated $2,000 toward the ARM and Sotheby’s International Realty Canada provided another $2,000. However, it was $12,000 generously donated by Vancouver couple Leona Kolla and Al Schultz that made the acquisition of the device truly possible.

Those who suffer cardiac arrest outside of hospital in B.C. have a 14 per cent survival rate. The hope is quick deployment of an automated CPR device will increase patient survival.

“Giving CPR to anyone beyond two minutes is really a difficult activity to do well, with the quality that’s needed to save somebody, and this device just doesn’t get tired,” explained Chris Metcalfe, CEO of MediQuest Technologies, a distributor of the ARM.

The ARM also minimizes interruptions to CPR delivery, especially during prolonged extrication, or transport in a moving vehicle or toboggan, when chest compressions cannot be effectively or safely performed manually. Such advantages are particularly helpful in Sun Peaks, with its terrain and distance from the nearest hospital.

On Jan. 4, Metcalfe travelled to Sun Peaks to deliver the ARM and instructed a group of the
community’s first responders on how to use it.

“Everyone was extremely pleased with the ease of the use of this machine and the benefits
were immediately obvious,” Mark said of the training.

The ARM is now housed in the Health Centre building available to both ski patrol and Sun
Peaks Fire Rescue for cardiac arrest emergencies on-mountainl and in the village.

“It’s not a common occurrence,” reassured Aidan Kelly, chief marketing officer for Sun Peaks Resort LLP, on the incidence of cardiac arrests in the community. “But with thousands of guests here on any given day, it’s a numbers game that things will happen.

“Being prepared is key, and us having one of the top patrol programs in the industry definitely
helps when unfortunate incidents occur.”

Similar devices have been used by emergency services in Europe since 2013, and increasingly in Australia, the UK and USA, but Metcalfe added “at this point in time, (the technology) is relatively
new to Canada…There’s been minimal adoption in B.C., except in air ambulance operations.”

“We are extremely lucky to have this device at our disposal, as many cities do not have access to this advanced technology,” Mark said.

The ARM is a significant addition to the rapidly-expanding cache of healthcare resources available in Sun Peaks. If needed, the ARM will help deliver the best possible outcomes for patients in the remote community.