Tourism Sun Peaks CEO says accomodation numbers for July were down about 40 per cent from last year.

Having experienced an unprecedented hit on account of COVID-19, B.C.’s tourism sector is eagerly awaiting signs of a recovery.

But despite a recent report from the Thompson Okanagan Tourism Association (TOTA)—which points to a positive trend in terms of domestic travel—industry insiders say B.C.’s tourism sector remains on extremely shaky ground.

“The trend is improving, but things are still a long way from being okay,” said TOTA vice president Ellen Walker-Matthews. “This is a very serious situation.”

Drawing on anonymised cell phone data, the TOTA report illustrated travel trends for B.C.’s various regions. According to its estimations, domestic visitation to the Thompson Okanagan reached its low point on the week of April 19—dropping 81 per cent below 2020 numbers—before spiking over the B.C. Day long weekend, when overnight visits by domestic travellers to the region were only 29.8 per cent below 2019 numbers.

Walker-Matthews said that while the trend is positive, accommodation providers are still losing money and recovering. According to a different TOTA survey, restaurants in the Thompson Okanagan are running at about 50 per cent capacity, and business insolvency continues to be in the range of 21 per cent and climbing.

She is also concerned that fall could see a reversal in the positive trend.
“While it’s an improvement, I don’t believe that this will continue once we get into the fall, because there won’t be events and other reasons to travel,” she said.

“We’ve kept the incidence of COVID throughout the province at quite a low, reasonable rate, and people are feeling good about going outside and doing outdoor activities…But definitely, [we are] concerned about what will happen in the fall.”

Walker-Matthews also pointed out that much of that the domestic visitation has been concentrated in the sunny Okanagan, with British Columbians attracted to resorts and condos that make it relatively easy to self-isolate.

“The places that are doing well tend to be resort-style locations on the waterfront,” she said. “Those places are seeing stronger numbers, and most of them are either self-contained cabins or self-contained units with kitchens where people can stay in their bubble.”

Arlene Schieven, president and CEO of Tourism Sun Peaks, said that the B.C. Day long weekend bump captured in the report did not apply to Sun Peaks, where summer numbers are significantly down from last year.

Bans of international travel have halted bus tours, and Sun Peaks has been unable to host its summer concert events, which draw visitors to the resort, she explained.

Schieven added that a coronavirus case of a non-guest facing Sun Peaks Resort LLP employee that was reported on July 29, prior to the B.C. Day long weekend, resulted in some last-minute cancellations.

According to Schieven, visitation numbers for July were in line with projections, down 40 per cent from last year.

She said that she is hopeful that August numbers will be slightly better than that.

“It’s very weather dependent,” explained Schieven. “But hopefully there will be some last-minute pickup and we will see more people come.”

To help with this, accommodation operators are offering good deals, with B.C. residents being offered an $80 a night room rate at a number of hotels.

On a positive note, Schieven said that biking and lift-accessed hiking numbers have been strong, and that local businesses that were able to navigate labour challenges and remain open have fared well.

“Given the challenges that we’ve had with some of the businesses not being able to get staff, those businesses that have been able to stay open are doing quite well,” she said. “Yeah, that’s really good to see.” 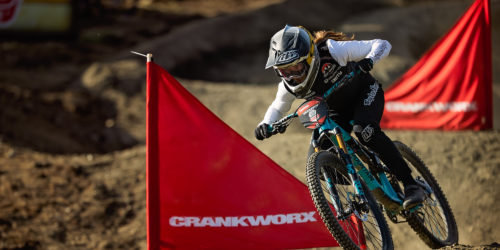