A new study of Kamloops restaurant owners provided a glimpse at the new (and challenging) business climate they have been forced to navigate due to COVID-19.

The report found that local restaurants are having to spend more money on everything from personal protective equipment to cleaning products and plastic barriers, while simultaneously making less money.

On top of that, their indoor seating capacities have been dramatically cut.

Around 30 businesses took part in the survey. Overall they reported their revenues were down nearly 65 per cent, on average, from March to May 2020 compared to the same time period in 2019.

Having worked for years in the restaurant industry in Calgary prior to university, Parker decided to carry out the research project when his co-op fell through.

“I just wanted to do anything that I could [for the industry], to work with my school and the chamber in any way to see if we can help them out,” he explained.

Parker worked on the report with his faculty advisor, Terry Lake, and Jamie Noakes, his co-op advisor. The team also  partnered with The Chamber of Commerce and Mitacs BSI (Business Strategy Internship).

The study found considerable differences between how independent business and chains addressed layoffs.

Parker added smaller restaurants were better placed to pivot to takeout when the pandemic hit.

“They could figure out what they wanted to do, pivot operations and utilize their staff quicker,” said Parker.

Chain restaurants were, however, able to get back to full employment rates quicker.

“They’re able to kind of use their corporate entity to get all the requirements they needed to open up safely,” he said.

Overall, employees at independent restaurants rated their employer’s response to the crisis higher, giving it a 4.1 out of 5, compared to 3.5 out of 5 for chain restaurants.

The team also surveyed 160 customers who had ordered take-out in recent months.

The survey found that the most common negative experience was the cost of take-out, with many expecting the cost to be lower given that they weren’t dining inside an establishment.

At the same time, an overwhelming majority of customers said they would support local restaurants if prices had to be increased by up to 15 per cent to cover costs related to COVID-19 safety protocols.

“It was kind of something we put out there that we noticed people were kind of contradicting themselves about,” said Parker.

He added that it puts restaurants in a difficult position, as a meal costs roughly the same to make, whether it’s consumed in a restaurant or at home.

Going forward, Parker said the public should accept that restaurants will have to marginally increase prices to maintain profitability in this difficult period.

The survey also found some interesting findings on tipping culture, with just over half of participants stating they would tip both the delivery driver and the restaurant when they make an order.

The survey stated the pandemic can create an added challenge for business owners to retain their employees, as servers are no longer receiving their normal tips, which effectively subsidize their salaries.

As part of the survey, Parker asked customers whether they would support a no tipping policy—or more specifically, a scenario where tips were included in the final price of an order. About 32 per cent of participants said they would support this, with 44 per cent saying no and 24 per cent unsure.

Another issue that restaurants brought up with Parker was the issue of online ordering services, such as SkipThe Dishes and DoorDash. Such organizations traditionally ask small business owners to hand over 20 to 30 per cent of total sales on top of partner fees.

In December, the province temporarily capped the fees delivery companies can charge restaurants at 15 per cent.

The rule will be in place until three months after B.C.’s state of emergency order is lifted.

Skip the Dishes soon responded with a 99-cent “B.C. fee.”

Parker said he found it curious to watch expensive 2021 Super Bowl ads for such companies during a time when so many small restaurants are struggling.

“Without restaurants no one would need a delivery service, so I think they need to kind of work with local restaurants a little more closely,” he said.

The report concluded with thoughts on how restaurants are faring overall, and calls for a more robust government response help it out.

“We are in a completely unprecedented situation which has caused the government to take extraordinary measures,” it stated.

“These measures have been put in place for the good of all Canadians, but they seem to impede certain businesses more, such as restaurants.

“The government has forced closures and maintained 50 per cent capacity restrictions for over nine months, and local, small restaurants are in a fragile state…Many owners are unhappy with how the government has helped small businesses through the pandemic and rightfully so. There have been rent subsidies and other financial support to help these businesses, but it isn’t enough when their livelihoods are essentially put on hold.” 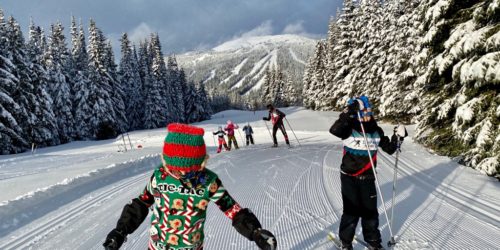 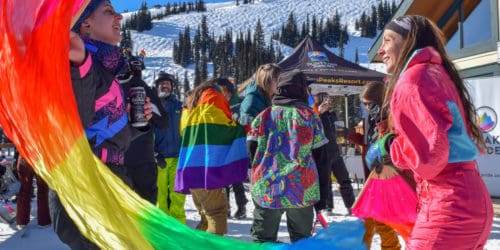