Perhaps it will come as a surprise to few, but Nordic skiing is taking off in B.C.

For many, it’s the perfect pandemic activity—(relatively) affordable, easily accessible for those living in the beautiful Thompson Okanagan region, and good for your overall health and well-being.

And, oh yeah—it’s sort of COVID-proof.

“A lot of people have gravitated to the sport because of [COVID-19],” said Ivor McMahen, president of the Sun Peaks Nordic Club.

“COVID restrictions have shut down a lot of other sports, but because of the nature of cross country skiing, being outside and not requiring close proximity to other people, we’re able to continue almost normally.”

Across B.C., the popularity of the sport has grown by around 50 per cent, according to McMahen and a recent interview Sun Peaks Independent News had with a representative from Tourism Kamloops.

McMahen said he has definitely noticed the uptick in usage of Sun Peaks’ acclaimed trail system, and that membership levels in the club, which have increased to 111 this year from 92 the year previous, don’t fully capture the picture.

“I think the actual popularity and interest in the sport is up much more than that,” he said.

Adding to the usage of local Sun Peaks trails is the fact that anyone with a downhill pass can now utilize them.

“Overall, I think it’s a really great thing that the resort is doing that,” said McMahen of the deal, which it has been offered for the past couple years.

“It really encourages people to get out without having to buy an extra pass, but it makes it harder to tell how many people are getting out, and doing Nordic as opposed to alpine.”

The club plays a pivotal role in supporting Sun Peaks’ cross country skiing community and fostering the next generation of skiers through events and programs.

While it’s had to shut down its popular group skis sessions, the club has had success promoting its popular junior development program.

It provides instruction for kids and youth from four to 16-years old. The program is informally known as the “Jackrabbits” program.

It has a total of 32 kids involved this year. And for the first time in club history, it’s had to put a cap on its numbers.

“It was named after Jackrabbit Johannsen, who was a legendary fellow in eastern Canada who skied everyday until he was over 100 years old.”

McMahen said the idea of the program is to get kids turned onto the sport in an organic way and develop all-around athletes.

“The main philosophy, especially in the really young ages at this, is not to aim to produce elite skiers,” he said. “It’s aim is to produce healthy, well balanced, physically capable kids. The word that they refer to as physical literacy, so it’s balance, agility, the ability to jump, run and just self-propel yourself.”

McMahen added the club hopes to get a masters program up and running next year, where more experienced (and mature) skiers can get some tips on how to improve their performance.

“There’s a few tricks to the sport, it’s not as simple as it looks,” he said with a laugh.

The Thompson Okanagan provides a number of options for people to enjoy cross country skiing if you’re looking to try something new.

– The Stake Lake Trails, located south of Kamloops and operated by the Overlander Ski Club, boasts a 60-km trail system.

– Harper Mountain offers a three kilometre groomed trail system that meanders through a forested area, and is great for both traditional cross country skiing and skate skiing.

– The Kelowna Nordic Ski and Snowshoe Club offers 75-km of trails.
– Sovereign Lake, located in SilverStar Resort, is also open. It offers 105 kilometres of daily groomed trails and is the largest network of cross-country ski trails in Canada. 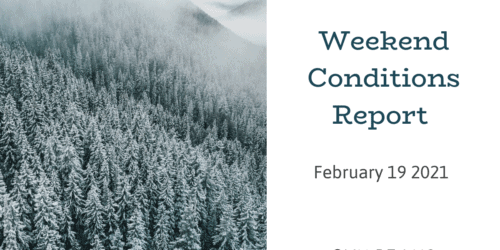 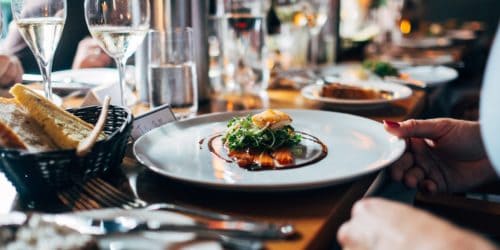