Catharine Pendrel wrapped up her Olympic mountain biking career in Tokyo this summer while Matt Berger competed in the inaugural skateboarding street event.

While neither athlete brought hardware home to Kamloops, they each left the games with poise and valuable lessons learned.

Tokyo 2020 marked both Pendrel’s first Games as a mother, but likely her last Olympics.

She finished the race placing 18th with a time of 1:23:47, eight minutes and one second behind the gold medalist Jolanda Neff of Switzerland.

Pendrel took to Instagram to share her perspective and experience, saying this time she was racing for her daughter and other mothers out there.

“In another year 18th place would definitely have been tough to swallow, but in every other Olympics I had come in with at least one World Cup win that season. This one I came in with less stellar results, but a little girl and other moms to ride for. If there’s anything the Olympics have taught me it is to dream, yes, but also to appreciate and value executing your best race on the day. That is what I was able to do and that is what leaves me satisfied and content.”

Fellow Canadian Haley Smith was unable to finish the race, and pulled out in lap four.

The race wasn’t without drama though; long-time rivals Neff and Pauline Ferran-Prevot of France battled hard in the first lap to gain the field.

Ferran-Prevot led the pair into the biggest feature of the course, a large rock drop.

Rolling into the feature, Ferran-Prevot broke hard, and forced Neff to redirect her bike at the last second. Neff narrowly missed the wooden feature and made a last second adjustment to drop off the rock, and barely kept her bike upright on the landing.

Neff remained dominant for the rest of the race on her way to the top of the podium, which she shared with two other Swiss teammates.

Athletes received a combined score from the two runs and five trick attempts based on their four best scores from the seven scoring categories.

Berger was well positioned going into the event, ranked 10th in the world for men’s street skate competition after finishing sixth in this year’s Street Skateboarding World Championships

Unfortunately, Berger placed a disappointing last place with a combined score of 4.02 after he was unable to link together any clean runs and missed all five of his attempts at best trick.

The Kamloopsian took to Instagram the day after to share his insights from the competition and thank his supporters.

“Never would I have thought yesterday would go the way it did and I apologize to the ones I may have disappointed. There’s lots of variables that come into play that make or break your days and yesterday was one of those days. You best believe we’re learning, growing, and moving forward stronger after this one though! Massive thank you to everyone sending in their support leading into this one! The love has been real!”

Yuto Horigome of Japan took home the Game’s first ever Olympic gold medal in Men’s Street Skateboarding after scoring 37.18 in the finals. 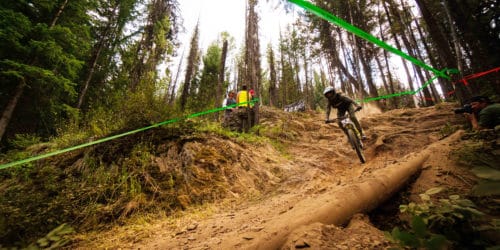 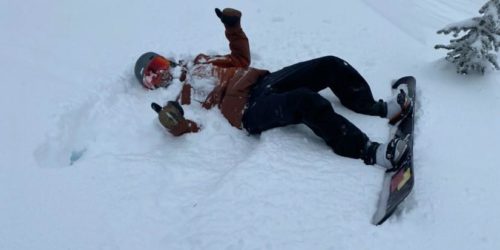