One hundred kilometres and 100 days

On an unseasonably warm March day, one local ski instructor challenged herself to ski as many kilometres as she had days on the mountain this season

On March 5, at 8 a.m., Linda Strachan loaded the Sunburst chairlift with one energy bar, some water and the daunting task of covering 100 kilometres of skiing all over Sun Peaks Resort.

The plan was self prescribed as Strachan has a history of running marathons, an interest in anything to do with numbers because of her computer science background and narrowly missing skiing 100 days last season.

“I was thinking of a way to make my 100th day significant [this year]. And then I thought well let’s try and do 100 kilometres,” said Strachan. “My husband and I are both computer scientists and he took it on as a big project to do all the data analysis.”

To top it all off, Strachan’s biggest day of skiing prior to this was 50 kilometres.

The Strachans devised an excel spreadsheet that listed how long each chairlift took and the distances of ski runs with the help of an app they use called Ski Tracks (pictured below).

The data showed the feat would be possible in around eight hours of non-stop skiing and Strachan’s tactic was to “get the most bang for her buck.”

“As long as you did green runs and you maximized [distance] as much as you could with cat tracks, you could just barely make it work,” she explained.

The task was not completed without overcoming a few hurdles and worrying about a few uncontrollable variables.

“The morning was relatively good and going according to plan, but the afternoon was a little bit of a mess,” remembered Strachan. “I ended up having a snowboarder snowboard right on the top of the backs of my skis and stop me cold. It’s like, are you kidding me?”

Strachan strategized by starting the day with the Sun Peaks Resort’s First Tracks product, where skiers and snowboarders can pay to load the chair earlier than the general public and went straight to the Top of the World.

“That gave me the longest run down but we had to make sure all the groomers were out of the way so we had radio contact to make sure they weren’t on the same track as we were intending to take,” said Strachan. “The weather was terrible. It was windy, cold and blowy and we couldn’t really see where we were going.”

Gradually the weather began to pendulum and Strachan had to ski on warm, sticky snow for the remainder of the day.

“We couldn’t stay on Sundance any longer than about 11:30 a.m. so we headed over to Morrisey because the snow was so soft.”

At about kilometre 77, Strachan began to worry that she may not be able to make it because of the slow conditions.

“Then later in the day around 3 p.m., shadows started to happen on runs and I was able to ski down the side where the trees shadowed the snow and it was a little firmer,” she explained. “Then, at twenty to four, I was able to finish.”

Strachan said she is beyond grateful for the support she received from friends and her husband to complete the task, and is happy to be in Sun Peaks during COVID-times.

Being able to maintain fitness and mental health, as well as being outside in the sun, is what has helped Strachan have what she described as an incredible year.

In the aftermath, Strachan said she wouldn’t be opposed to doing it again, but would rather there be a significant reason for doing so.

“I think it would be the absolute best to have some sort of supportive event for the community.” 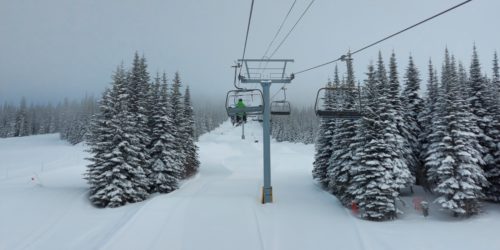 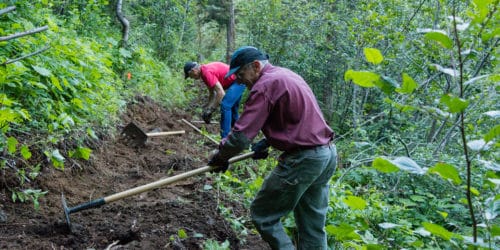