Tightknit Sun Peaks paragliding community thinks this could be a perfect venue for commercial, recreational and competition level paragliding

The pair, along with Colleen Varcoe, Canada’s first female senior instructor/tandem II pilot, recently received local attention after taking flight from what they’ve dubbed ‘The Crystal Launch’ which sits 200 metres below the Top of the World, in between the Crystal and Burfield chairlifts.

The trio picked the launch spot under Sun Peaks Resort LLP (SPR) ski patrol’s supervision to ensure they could lay out their wings out of the way of oncoming skiers and gain 100 metres of altitude before flying above chairlifts.

They are approved by SPR management to land anywhere on the golf course and since each party owns a condo at Stones Throw, they typically opt for hole 16.

“I’ve been calling it a ski out, fly in condo,” said Henry.

According to Reich, Sun Peaks’ terrain, lift access, skiing and paragliding go well together and the combination makes the resort a great destination for pilots.

“Ski lift access makes it a whole new sport, it makes access so easy. Europe is huge for it, they have lifts running year-round and probably have 100 times more pilots than in Canada It’s really expanded the sport there,” said Reich.

Because of the accessibility, Henry said he believed paragliding pilots and SPR could both stand to benefit from a wider acceptance of the sport.

“[SPR] will attract quite a rich group of international people and it could become a worldwide destination for paragliding,” said Henry. “The other thing is, I’ve been involved in competitions for a number of years and I think that this could be an ideal location for some Red Bull paragliding competitions.”

The summer also boasts great flying and could provide added opportunity for pilots and SPR, according to Henry.

Henry’s vision is to reintroduce paragliding competitions to Sun Peaks and host an Aerothlon event, a relay race consisting of trail running, paragliding and mountain biking, that can be done individually or as a team.

“I’ve got a proposal ready [for SPR], I just need to get it in the right hands,” said Henry.

He explained the crux of organizing such a complex event is finding a venue that has world class trail running, mountain biking and paragliding.

“Imagine runners take off from the village and race to the Top of the World, grab their paraglider, fly over Morrisey then Heffley Lake and land back in the village next to their mountain bikes, pedal up the hill and race downhill completing the event. This is just the perfect location,” Henry said.

Nearly 20 years ago there was a small paragliding community in Sun Peaks, which Henry was a part of.

“It was absolutely spectacular, we’d hike into the meadows during the alpine flower season and 20 wings would launch. The air was very buoyant, we could hardly get down, you’d just bob around over to Morrisey then to Tod and behind Tod,” Henry remembered.

Another member, Ian McCarthur, was a competition pilot and owner of a bed and breakfast in Whitecroft. He brought the Canadian Paragliding Nationals and the first internationally sanctioned hang gliding competitions to Sun Peaks.

Although paragliding has inherent risk, which can be exacerbated if conducted in poor weather conditions, Reich said it’s generally very safe.

“The gear we use is certified, safe and tested through an international body and the hangliding and paragliding association of Canada (HPCA) provides us with $5-million liability insurance which is an important part of flying here at Sun Peaks,” Reich said.

Henry said traumatic injuries are rare but accidents do happen.

“Sadly, there was a guy who took off from the [Stawamus] Chief in Squamish last year with a tangle [in the lines that connect the wing to the pilot’s harness], we’ve got a safety rescue parachute that we use, for some reason he didn’t use his,” Henry explained. “[SPR] is a safer venue though, the air works well here and the soft snow can be helpful in the event of a crash, you don’t even go as fast as skiers.”

Typically paragliders fly at approximately 30 kilometres per hour, which is much slower than what an intermediate skier may ski on a typical groomed run.

Although the local paragliders have received increasing demand for tandem flights and lessons in Sun Peaks, Reich who is the managing director of FlyBC and is one of two senior instructors for the organization, prefers to teach newbies in the rolling hills of Savona, west of Kamloops.

To learn more about paragliding in B.C., visit Reich’s website at www.flybc.org. 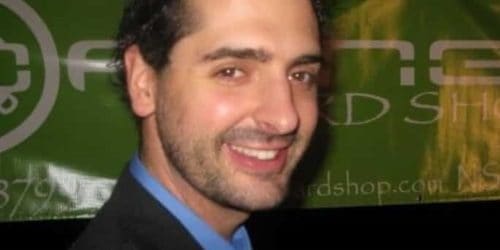 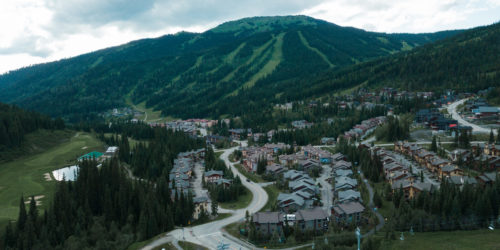