From cough and cold to ongoing medications, soon residents and guests of Sun Peaks will be able to access a pharmacy in the community.

Sun Peaks Pharmacy and Telepharmacy will open in February in the Peaks West development of the West Village.

Owner Clancy O’Malley has owned and operated a Pharmasave in Kamloops for over a year and is looking forward to opening on the mountain as well.

O’Malley was living and working in Nelson, B.C., when he had the chance to purchase the Kamloops location.

But it wasn’t the first time he had lived in the area. While covering a maternity leave in Kamloops after graduating, O’Malley lived at what was then the Burfield Hostel.

“I stayed there for the summer just biking and commuting,” he said. “It was a classic, fell-in-love-with-the-place thing.”

The business in Kamloops gave him more than the opportunity to own his own pharmacy; it meant he could move back to Sun Peaks.

Since moving back he’s considered opening a pharmacy in the community and the additional commercial space in Peaks West made the dream a reality.

O’Malley said the addition of the Sun Peaks Community Health Centre and strength of the school were also important factors in his decision.

“It started to make more sense. You see the population growth, school development, they’re all hallmarks of a self-sustaining community rather than a group of people that make do…Everyone’s got a story about driving into Kamloops because they’re sick or their kid is sick.

“Lots of people have talked about doing it (opening a pharmacy), I guess I’ll just actually do it and it will be there.”

O’Malley said his focus is on serving the local population.

“Small pharmacies can really be whatever the community needs. The tourist business will certainly help but I’m really focusing on serving the community.”

Currently he plans to have about half of the space as a store with things like personal hygiene items and medications. He said prices will be competitive with stores in Kamloops as the smaller items are less costly to transport.

“It will be priced similarly to London Drugs or Shoppers Drug Mart. We can compete based on price with any stores in town.”

During the winter a pharmacist will be available seven days a week. O’Malley has already hired the individual, who has always wanted to live and work in Sun Peaks.

During the shoulder seasons or quiet periods that can’t sustain a pharmacist on site, customers will still be able to access help with a tele-pharmacy video link to O’Malley’s Kamloops location.

“Even if business really drops off in the shoulder season there can still be full pharmacy service every day. The majority of the time someone will be there but if for some reason the business doesn’t support it, we don’t have to close.” 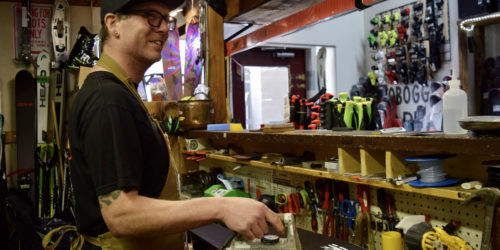 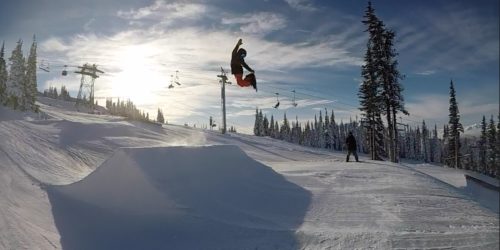