After three years of negotiation, B.C.’s only private non profit aeromedical rescue company is able to offer their services within provincial park boundaries

Technical Evacuation Advanced Aero Medical (TEAAM) began operation three years ago after president Miles Randell tragically lost a friend in the mountains and decided to commemorate their passing by filling the gap in B.C.’s mountain rescue options. It has now officially been given the green light to respond to patrons within park boundaries.

TEAAM is a group of 54 paid rescue professionals composed of paramedics, nurses, respiratory therapists, doctors, mountain guides and other rescue specialists, whose depth of technical ability allows TEAAM to conduct remote mountain and swiftwater rescue outside of BC Ambulance jurisdiction.

The big difference between TEAAM and B.C. Search and Rescue (BCSAR), is that TEAAM is a group of paid professionals able to provide pre-hospital care whose members pay to have access to their services, whereas BCSAR is volunteer based, free and typically focuses solely on transportation of distressed recreationalists.

“We’re like an air ambulance married with rescue capabilities,” explained Randell. “We can provide the same level of aeromedical care as a critical care ambulance with two medics on board but we can hoist our medics down to the ground in any terrain and hoist them back up into the aircraft and go directly to the hospital. BCSAR’s mandate is not the aeromedical side of things and [they] cannot transport directly to hospital so we can cut up to 10 hours off the transport time to hospital.”

Currently TEAAM operates out of one base in Squamish, B.C. with plans to move into Prince George, Fort St. John, Revelstoke and the Interior.

“We announced we were expanding into PG and Fort St. John council reached out and said, ‘What about us?’ We never intended to go there but they’ve been so supportive and they’ve been raising funds to get a base there,” said Randell.

“Revelstoke would be the first base and then actually we do plan a base in the Interior once we have the support and funding and we can focus on that in the Kamloops area.”

Although there is not yet a base in the Interior, TEAAM has responded to calls in Williams Lake and has the ability to be in Sun Peaks in one hour if needed.

“We haven’t gone to Kamloops or Sun Peaks yet but word is getting out about our program and we anticipate that we’ll start receiving calls from that area once people understand what we’re capable of and the difference we can make,” Randell acknowledged.

TEAAM also expects an increased number of calls this year due to the expected uptick of backcountry users this winter and is already seeing that trend in the amount of people becoming patrons, Randell explained.

“It’s really humbling to see everyone becoming patrons. This all came as part of a dream because I suffered from post traumatic stress after losing a friend in the backcountry and part of my healing was to build a program that could have saved them. It’s really gratifying to see how big a difference it’s making to the people that we’ve helped and how excited people are about getting the program up and running in their area.”

To become a patron and access TEAAM resources, recreationalists pay $50/year, employers can ensure their workers for $100/year and families can be covered for $125/year. These fees however do not cover costs associated with the helicopter, Randell warned.

“It works on a patronage model, it’s kind of like a membership. Patrons get access to the program, contact information, [but] we like to refer people to insurance plans so they don’t have to pay for the rescue.

“For example I pay and I’m a patron of TEAAM and then with my satellite based device, like an inReach or Spot, I pay for insurance with them for $24.95 USD per year and have my wife added for an extra $15 and our rescues are covered for the year.”

To sign up to become a patron or find out more about TEAAM, go to www.teaam.ca or contact Nathalie Wite at [email protected] 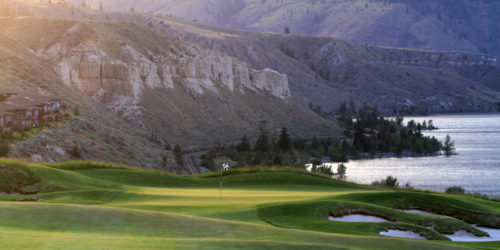 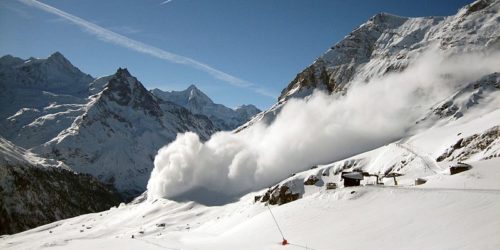